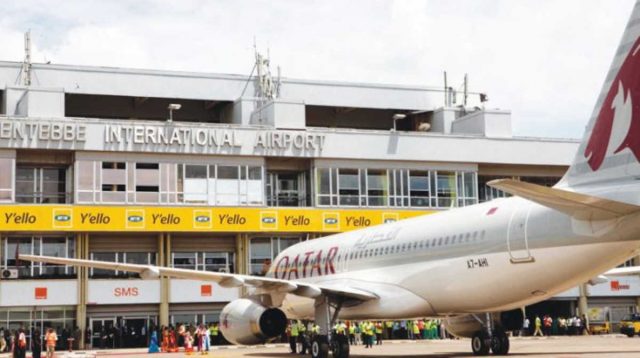 Parliament has adopted a raft of recommendations to revive the economy currently battered by the Covid-19 pandemic, key among is implementation of a Tourism Development Levy.

“The Committee proposes a levy of $10 to be charged on each ticket for every person who departs from Uganda by air transport,” said MP Mwine Mpaka, in recommendations unanimously adopted by the House.

Mpaka is the Chairperson of the Committee on Trade and Industry, which went on a fact finding mission to establish how trade could be reinvigorated, following setbacks due to Covid-19 restrictions.

The House also adopted the manner in which the proceeds should be shared, with 70 percent being proposed to cushion private sector players in the tourism sector.

The 70 percent will be managed by Post Bank Uganda and the Ministries of Finance and Tourism will formulate a plan to guide access to the funds.

20 percent is proposed to finance the aggressive marketing drive by the Uganda Tourism Board (UTB) and the 10 percent reverts to the taxman, who is also in charge of collecting the funds.

Uganda Wildlife Authority was also assigned with the role of talking domestic tour operators out of exorbitant fees charged to local tourists, which the Committee said is counterproductive.

Parliament also asked government to suspend the 50 percent property rate for this Financial Year, on condition that landlords forfeit lockdown rent, which landlords continue to demand, driving arcade workers, bars and restaurant owners out of business.

If implemented, taxi drivers and boda-boda riders will have some reprieve on proposals to extend the renewal of recently expired permits by six months.

MPs also targeted monopolies on trade, with proposals to altogether do away with them and open all trade to fair competition.

During debate prior to passing the recommendations, MPs asked government to normalize relations with Rwanda, which they said also hurts the economy, as well as dealing with insecurity in the great lakes region to ensure seamless trade.

“What are we doing in terms of aligning our strategic defense to promote trade in Africa; we seem to be having a crisis of instability. In 2019, our total exports was $3 billion but has since been in decline with Rwanda border closed and South Sudan in flames,” said MP Paul Omara (IND, Otuke).

To Aisha Kabanda, the Butambala District Woman Representative, interest rates have sunk the economy, with the skyrocketing price of cash.

Kabanda said banks should be prevailed upon to forego the interests and only collect the principal.

“They [Committee] didn’t provide solutions to the interests that have gone high and people have lost property; commercial banks should forfeit all their interests,” said Kabanda.

The Minister of State for Finance (General Duties) Henry Musasizi said Shs200 billion has been supplied to specifically bail out Small and Medium Enterprises (SMEs).

“We have recently provided Shs200 billion to support SMEs. We are currently working out guidelines with the Central Bank and the participating banks [on modalities of access to the funds,]” he said.