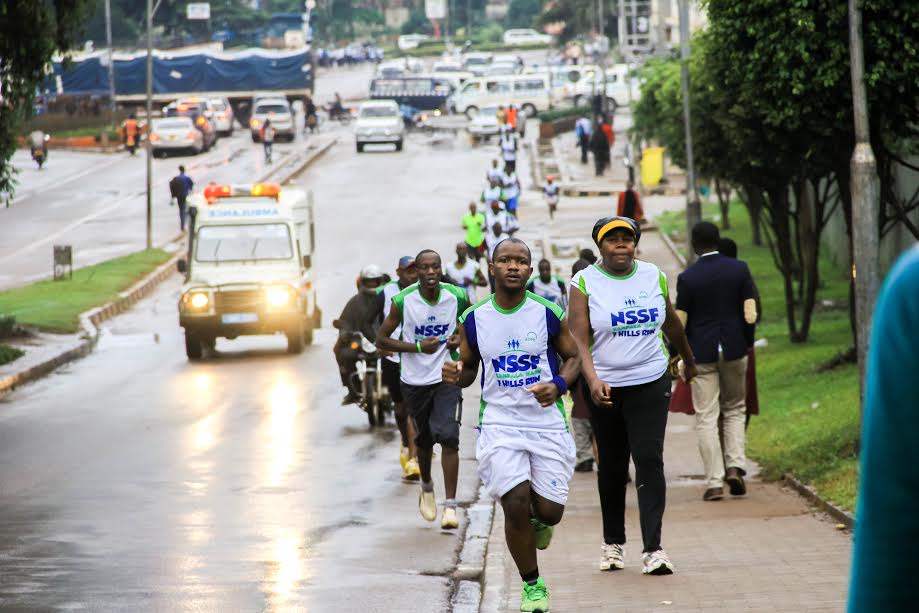 Uganda’s only athlete and medalist at the Rio’s Summer Paralympic Games David Emong will lead a strong team of 10 Paralympians in the NSSF Kampala Seven Hills Hash Run due March 12 in Kampala.

Innocent Tumwesigye, the General Secretary, Uganda Paralympic Committee, confirmed the development on Wednesday, saying, “We are delighted that the National Social Security Fund reached out to us, requesting that we field a team to participate in the NSSF Kampala Hash Seven Hills Run. This run will provide an opportunity for our athletes, led by David Emong, to showcase their potential to Ugandans.”

Emong won a silver medal in the 1500-metre race at the Rio Games.

Tumwesigye said they plan on fielding athletes in the three categories; wheelchair, visual and physical disability, adding that the 10 athletes to feature in the run will be named after the selection process this week.

Barbra Teddy Arimi, the NSSF Head of Marketing and Communications said having the national Paralympics team take part in the NSSF Kampala Seven Hills Run is a much-welcome move and that it will go a long way in enhancing their competitiveness ahead of their local and international engagements.

Uganda intends to field athletes at the World Para Athletics Championships scheduled to take place in London from July 14th to 23rd.

On the essence of the run, Arimi said, “The NSSF Kampala Hash 7 Hills Run is a Corporate Social Responsibility initiative through which the Fund is raising funds to renovate the public primary schools under the management of KCCA. It’s part of the Fund’s CSR agenda to support education by improving the learning conditions in public schools.”

The run will start and finish at Pearl Africa Primary School, Nsambya. It will cover a distance of 21km, traversing the historical seven hills of Kampala – Nakasero, Kibuli, Old Kampala, Namirembe, Rubaga, Lubiri and Nsambya.

More than 1,000 people are expected to participate in the run.