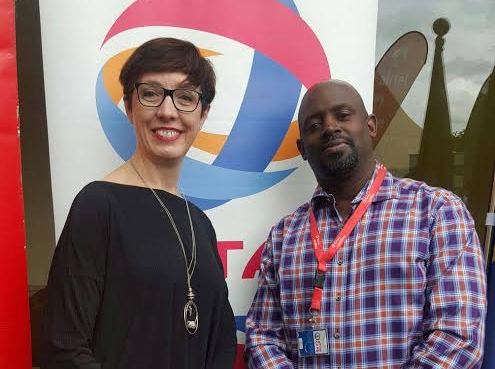 Total Uganda, a leading integrated oil and gas company, have announced their sponsorship of the French – Uganda Friendship week which will take place from 18th March to 25th March 2017.

This week long celebration will have a series of events and festivities to recognise and celebrate the shared values, comradery and friendship between Uganda and France through music, food, culture and sport.

Total Uganda which has had a presence in Uganda for the last 62 years (since 1955) views this French- Uganda friendship week as an opportunity for them to join their customers to celebrate the cultural diversity between the French and Ugandan cultures.

Speaking during the press conference to announce their partnership at the French Embassy, Mr. Marvin KAGORO, the Total Uganda Marketing and Communications Manager thanked H.E. the Ambassador of France to Uganda Mrs. Stephanie RIVOAL for the great Sponsorship opportunity in the series of events that will celebrate the friendship and cultural diversity between the two great countries.

The activities will include the Francophonie day celebration, eco-tourism, Gaute de France to promote the French fine dining and will climax with a massive football and music event at Mandela Stadium on the 25th of March.

This final event will convey the shared values of sports and music between Uganda and France. Proceeds will finance a charity project on sports and children. A great line up of Top Ugandan artists like Bebe cool, Sheebah, Maddox and Eddie Kenzo have already confirmed their performance at this final event.