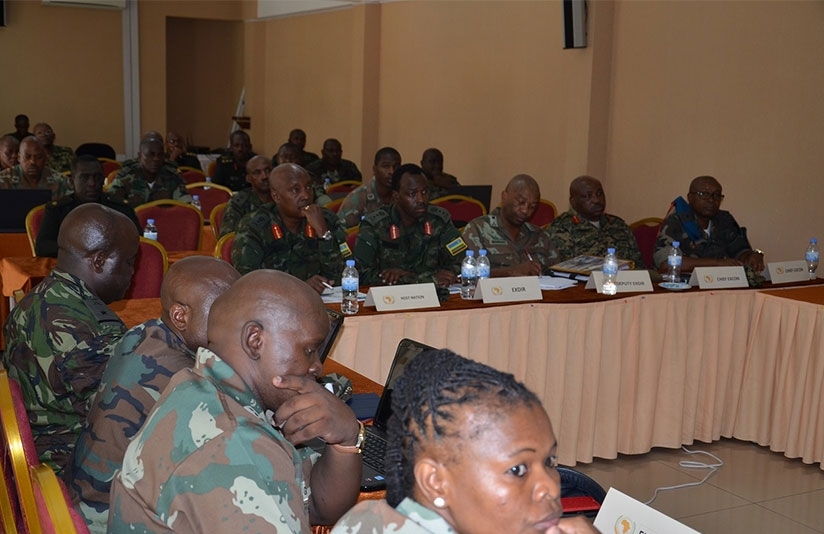 Rwanda will staring March 20, host a continental military command exercise dubbed “Utulivu Africa III” that is aimed at readying African states for immediate intervention in case of a crisis.

The Command Post Exercise will be held under the auspices of African Capacity for Immediate Response to Crises (ACIRC) and will have troops from different volunteering nations.

A preparatory meeting for the exercise began in Kigali on Monday and was officially opened by Maj Gen Martin Nzaramba, the Commandant of Nasho Basic Military Training Centre, on behalf of Rwanda Defence Force (RDF) Chief of Defence Staff.

While opening the meeting, Nzaramba, who will also be the Exercise Director, said that the exercise mirror the determination by African leaders to find solutions to African problems.

“The ACIRC concept shows the will and determination of our leaders to build our capacity to address the scourge of conflicts in Africa and ensure peace, security and stability as well as prosperity, in order to improve living conditions of our citizens,” he said in a statement from RDF.

Nzaramba added that the Command Post Exercise -Utulivu Africa III is an enabling factor for the ACIRC Member States to develop greater maneuver capacity and the best utilization of the available resources in finding “African Solutions to African Problems”.

On behalf of the African Union Commission, Col Arry Katimbe pointed out that “the biggest challenge for the African Union is  not  making  decision  to  intervene  or  deploy  forces, but   building the capacity   of  most  of African States  to  deploy  rapidly  and  effectively”.

Katimbe also underlined the importance of building African capability by Africans themselves, quoting President Paul Kagame, who has once said; “Building our future must come from us. External support will only come to complement our efforts, no one will do it for us except ourselves …we are Rwandans, we are Africans; we should be happy to be who we are.”

ACIRC is a strategic security partnership between the African Union and Volunteer Nations to enable the AU to intervene on short notice in a crisis that may pop up in Africa.