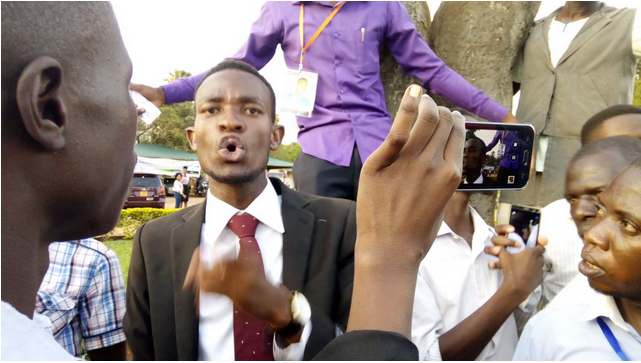 Ochieng Joseph, a Bachelor of Arts (Education) Student is the new Guild President of Kyambogo University.

Ochieng, an independent candidate referred to as the common man in the race, beat seven other contenders in polls held Tuesday.

Other candidates in the race were Kansiime Sarah who scored 740, Odong Denis with 154 , Obbo Andrew with 142, Opio Simon Peter with 133 and Aliga Avuni Rogers with 105 votes, according to results  officially announced by the students’ guild electoral commission chairperson Joseph Ssempagala.

Ochieng won the common man’s title after presenting himself with no posters, even when political party-backed contenders seemingly spent millions of Shillings on posters which were pinned within the precincts of the university.