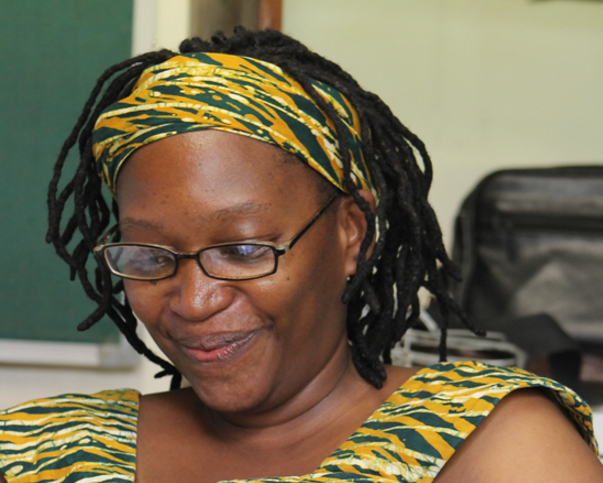 On 31, March 2017; Makerere University appointment Board penned to suspend Dr. Stella Nyanzi after she criticized Kataha Museveni, Minister for Education.

Kataha Museveni’s assertion of stopping school going children to use BodaBoda as their means of transport is unrealistic given the economic nature of the country.

After 31 years of Museveni rule, the country has embraced a bodaboda economy with junk cars on the road.

With a high level of unemployment, Ugandans have been reduced to use bodaboda as a means of survival to earn a living plus transportation.

Before the reign of Museveni Uganda had infrastructures like school fully operational with world standards in that even government officials found it convenient to educate their children in those schools.

Today, with UPE and USE there is total breakdown in public schools and private vampires owning schools have mastered their desire to enrich themselves, setting conditions on when a child should be at school, exorbitant fees plus unaccounted requirements ranging from termly blooms, toilet papers, pangas, hoes, van fee etc.

Kataha Museveni must resonate with the realities on the ground that her irresponsible government under Museveni dynasty of 31 years of rule has created a undesirable situation which prompted her daughter Natasha to use a presidential Jet to deliver a baby in Germany at a cost of over 180million by 2003; unrealistic state house daily expenditure of over 300million; bloated public expenditures in all spheres glossed in corruption dealings, extra.

The over costed and deplorable road construction has affected transportation and to easily navigate on Uganda roads; Wanainchi use bodaboda as a means of transport.

In France when locals were dying of hunger, Marie Antoinatte arrogantly argued those who can’t afford bread to buy cakes. The after effects are historical studies to date.

Museveni regime has Plunged all Uganda resources fully engrossed in corruption, embezzlement from billion to trillion shillings and total breakdown of rule of law.

The directive to stop using bodaboda while going to school is unfounded and Kataha Must be educated by her senior like Dr. STELLA NYANZI and other educationalists.

Kataha should know that when you participate in monkey dance expect to get in contact with its tail. As a public servant, she should accept criticism and reform for better and resist cartelling  freedom of expression.

Short of that she MUST borrow her husband assertion that he is not a servant to anyone but a freedom fighter, following his briefs, working for his family and relatives.

Lastly, Makerere University, as a centre of excellence shouldn’t cartel voices of reasoning advanced by Dr. STELLA in the struggle to truly liberate and transform Uganda.