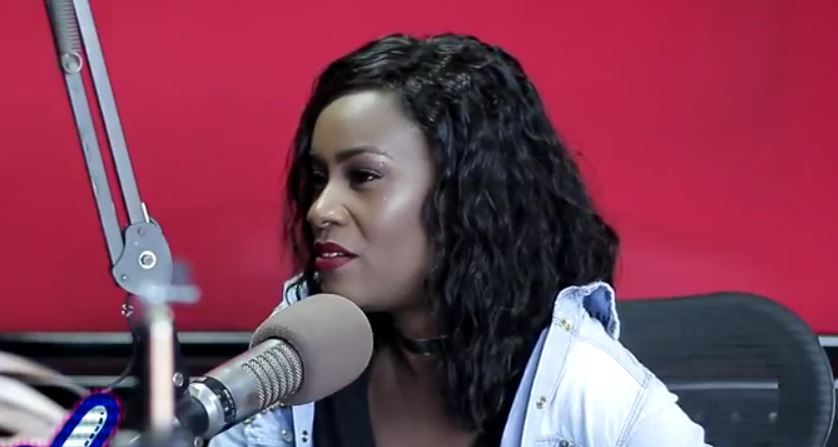 Just a few hours after Juliana released her “I’m Still Here” video, many critics and fans designed photo callages insinuating that it was so similar to JLo’s.

However, while appearing on Sanyu FM’s ‘Celeb Select’ show hosted by Crystal Newman, Juliana trashed the allegations, adding that she had never  Jennifer Lopez’ “I Ain’t  Your Mama” video until it was compared to hers.

“Believe it or not, I had not watched JLo’s Video before but when we were filming, I knew that I wasn’t the first one to do it, I had seen it before and I wasn’t really surprised,” Juliana said.

“But then I realized something while I was talking to my sister yesterday. She said, in art, there’s nothing you’ll ever, ever do and you happen to be the first one to do it,” She added.

“Look at Beyonce, everything she’s done, people always come out and Say “She stole it from someone”. But you know it’s not really stealing, or copying and pasting…come on. It’s an inspiration, you get inspired by something. And for me, it wasn’t even a direct inspiration from JLo, because we were creating something.

The script was written by Justin Campos’ wife, Candice and what she was trying to do was create; different characters. Like different, completely opposite characters of women who go through all kinds of things but at the same time the experiences are the same time.

Now I did all these roles because they kind of appeal to me in different ways. I’m the kind of woman who cleans my own house; So when I saw this idea, I was like oh wow, this is so me.

I even saw someone (Online) saying “Oh my God she even went and bought the same yellow gloves” My dear friend, all gloves in the supermarket are yellow. There’s nothing that you’re going to do in Arts, that has never been done before; So Let’s just celebrate and look, it’s a beautiful song, It has a deep meaning, It’s an inspiring and uplifting song, so why would you go and concentrate on a few seconds of that video and leave the entire beautiful video.

Let’s celebrate, and uplift each other”