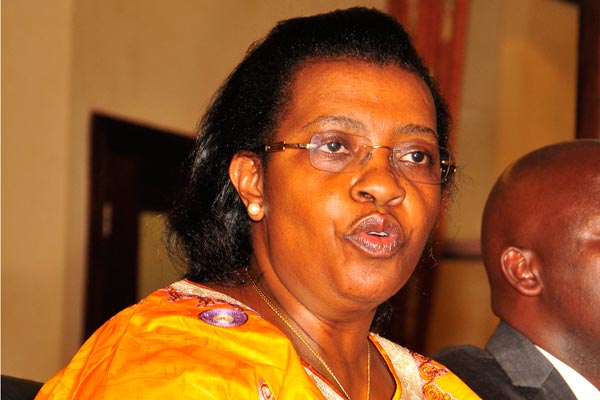 Police have shot and killed a suspected thug that attempted to raid the home of former East African Legislative Assembly (Eala) speaker Margaret Zziwa in Matugga, Wakiso District on Thursday.

The deceased has been identified as Musa Karenge. Police say he died as he was being rushed to hospital.

“Today, Thursday April 6, 2017, three suspected criminals attacked the home of Hon. Margret Zziwa, former EALA speaker in Kakerenge Village, Matugga-Wakiso District between 01:00 and 2:00am and one of them was shot, injured and died on the way to hospital,” Kayima said Kampala Metropolitan police spokesperson Emilian Kayima

He also revealed that a hammer was recovered while the deceased’s body taken Mulago National Referral Hospital for post-mortem.

According to Kayima, two other suspected thugs took off. Police has appealed to locals to help the force in tracking them down.

“Our officers are the scene, appreciating the ground. We call upon everyone in that village to cooperate with the police in identifying the other two suspected attackers.”