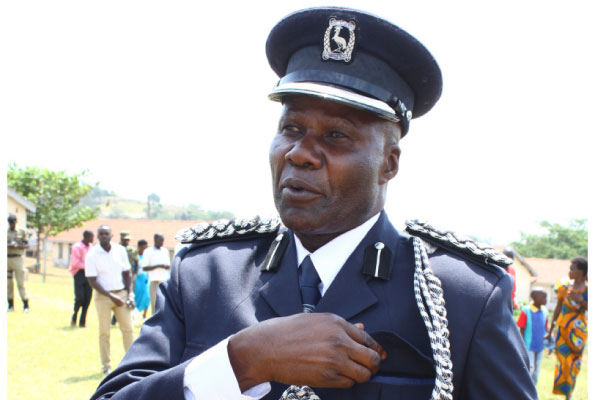 Uganda Police directorate human resource and administration has redeployed some 70 police officers after they completed refresher courses at the Command and Staff College in Bwebajja, Wakiso District. 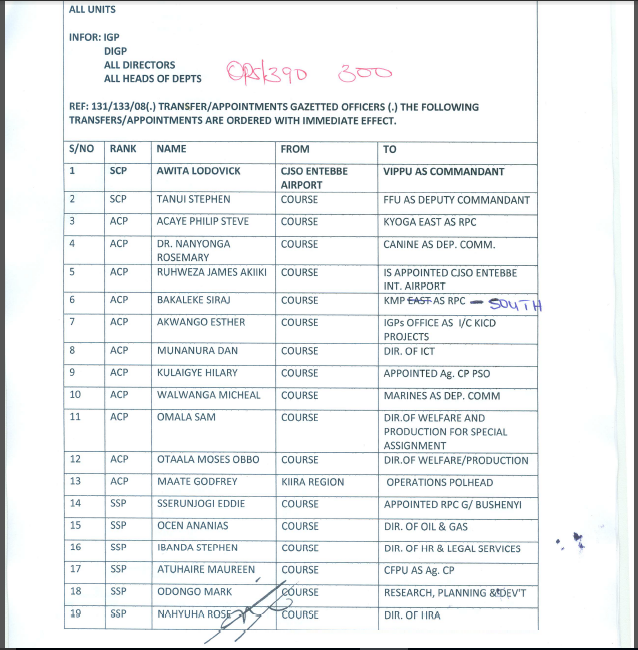 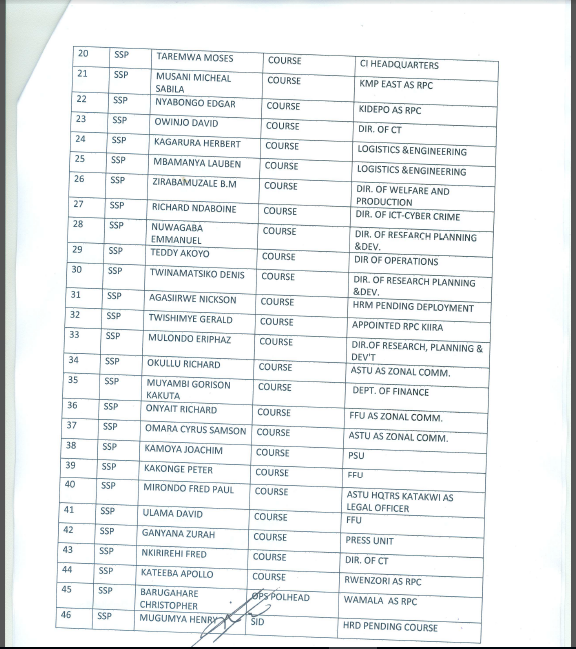 Esther Kawango deployed to the office of Inspector General of Police Gen Kale Kayihura as an aide in-charge of Kigali International Conference Declaration Against Violence on Women and Girls.

SSP Mark Odong, the former commandant for Special Investigation Division (SID) Jinja has been transferred to the Directorate of Research and Planning.

ACP Sam Omala has been transferred to the Directorate of Welfare and Production. 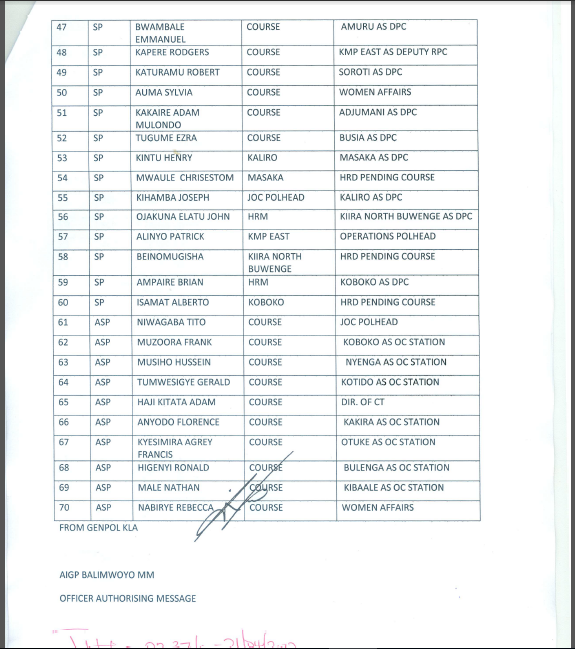