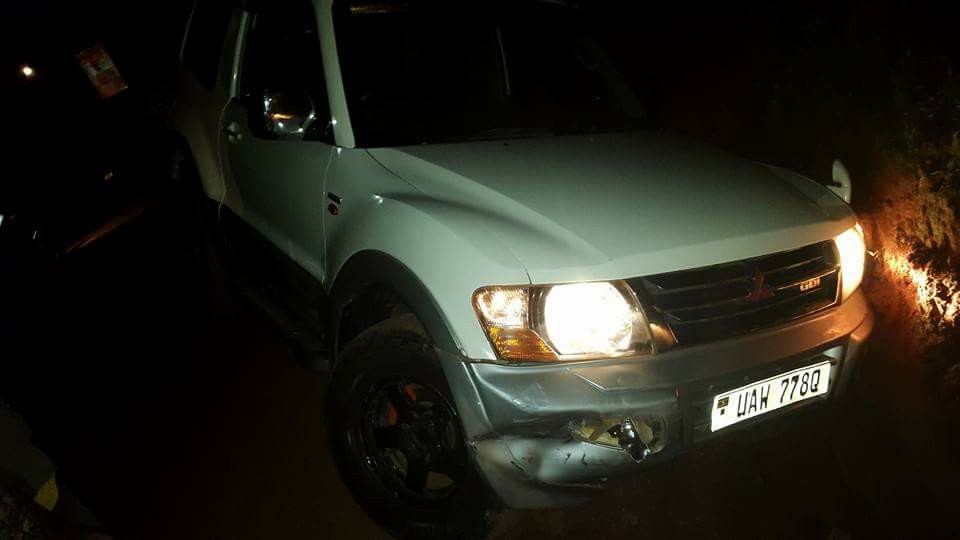 City fashionista and celebrity stylist, Kim Swagga was on Wednesday night attacked my unknown thugs as he returned to his home.

Kim Swagga, who was driving a Short Chassis Mitsubishi Pajero was attacked by thugs, who pulled him out of his car and stole his belongings, according to singer Big Eye who witnessed the incident.

His car also got damaged after it fell in a trench.

Here is what singer Big Eye has to say about the ordeal:

“My brother Kim Swagga has just been attacked by the Un known gang of thieves this night when he was driving to his place. All his stuff has been taken from the car including his phones. They pulled him out when he was driving and also his car got injured coz it continued driving its self until when it fell in the trench. I witnessed it myself coz his car was behind mine.

Thanx God he is still alive but he is not feeling well pray for him.”