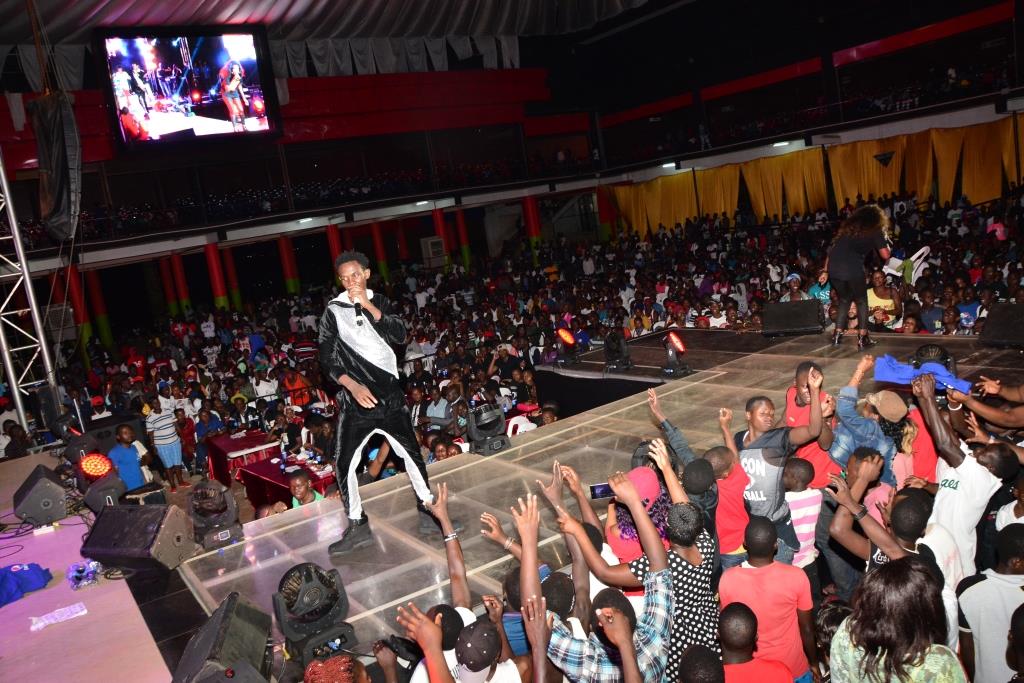 The show which started at 7 pm registered one of the highest numbers of fans who began storming the venue as early as 6pm.

By 8;30 the venue was full from the VIP section to the ordinary section.

Mun G who took to the stage at around 10pm was welcomed by thunderous screams, cheers and ululations from the crowd.

The Kunta kinte Entertainment boss didn’t disappoint as he put up an energetic performance that kept his fans on their feet.

He fired up the crowd with his hit songs like “Sala Puleesa”, “Byayanga”, “Big Bumpa” and “Sente Zange” among others.

There were also guest performances from Navio and Gravity Omutujju as well as other artists.