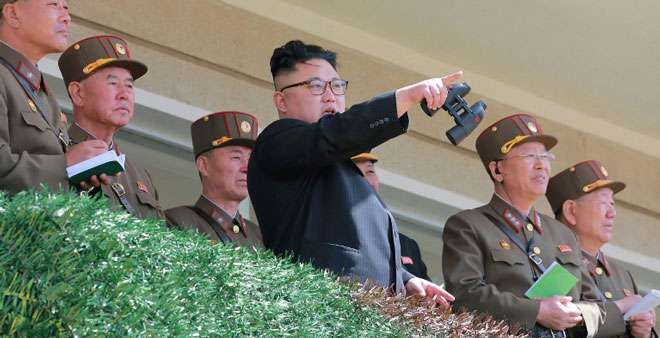 North Korea on Tuesday congratulated Emmanuel Macron on his victory in the French presidential election, expressing hopes that the new leader will achieve “development and prosperity”.

France has no formal diplomatic relations with the nuclear-armed North.

Stressing that developing their relationship would benefit people in both nations, Kim said he wished Macron “success in his responsible work for the development and prosperity of France”.

Tensions have mounted in recent weeks over Pyongyang’s push to develop missiles capable of delivering a nuclear warhead to the continental US, with the North issuing open threats and Washington suggesting military options were being considered.

But US President Donald Trump has softened his message recently, saying he would be “honoured” to meet leader Kim Jong-Un.