South Sudan President Salva Kiir has given out orders instructing joint police units to shoot dead robbers, including those who break into shops at night.

President Kiir, who spoke at an official function in Juba on Saturday urged police to provide security and protection to the citizens, saying the job of the police is to eliminate crimes.

The order highlights the frustration with which he and his administration have been grappling to address the rising crime rate in the national capital, Juba, since the conflict broke out in 2013.

He was addressing the passing out of the Joint Integrated Police (JIP) from the training centre as the only body mandated by the 2015 peace deal to carry out joint patrol and provide adequate security during the transitional period in the most fragile and conflict-affected areas in the country.

The agreement specified that the joint unit will comprise of 5,400 police personnel, with equal numbers provided by the government and the opposition.

The head of the state used the passing out of the joint police to justify the existence of the peace which he denied to have collapsed but was progressing well, though they did not publicise progress made in the implementation of the peace deal to the international community.

“I am saying the peace agreement is alive and is progressing well and is very strong,” said Kiir.

He reaffirmed his commitment to implement the peace agreement fully, despite reiterating reservations on specific areas, saying those who designed the deal cannot implement it themselves if it were given to them.

“I said it before that the peace agreement I have signed is a bad agreement. Even those who designed the agreement cannot implement it, and this is why we are not able to implement this agreement all this time because it is very complicated,” said the South Sudanese leader.

“Although we have not marketed ourselves to the international community about what we were doing, we are sure that we are doing correct things. We will continue to do those things, and nobody will talk to us again,” he said.

Kiir statements came after a recent regional summit where IGAD leaders decided to convene a “Revitalization Forum” for the implementation of the Agreement on the Resolution of the Conflict in South Sudan (ARCSS) signed in August 2015.

“The full implementation of ARCSS remains to be the only viable way forward to bring about peace and stability and create the basis for a democratic political system in South Sudan,” they said. 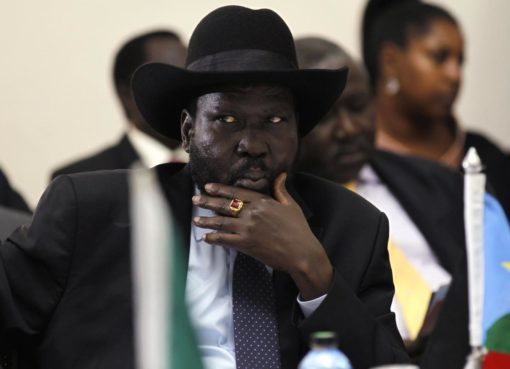 I am Not Mentally Ill – Kiir