The stage is now ready for Uganda’s major constitutional test ever since the presidential term limit was scrapped off 12 years ago.

There is now a plan to officially amend the constitution with a view to, among other things, remove the presidential age limit to allow President Yoweri Museveni stretch his three decade rule.

Museveni has been in power since 1986 and it seems he is not ready to leave if the revelation by Justice and Constitutional Affairs minister Kahinda Otafiire is anything to go by.

For now, the only barrier in Museveni’s quest for another term is his age. He will be over 75 by the time his current term expires in 2021 according to Article 102 (b) of the Constitution which bars those less than 35 and those over 75 to stand for president.

But Kahinda Otafiire has said there is nothing special about this article and that it had been lined up for amendment.

“What is so special about Article 102? Is it a commandment from God? If the public wants the age-limit amended, it will be amended. If they don’t want, we shall leave it,” Otafiire is quoted by The Observer, a local tri-weekly, as saying

“The Constitution is not my property. I am just a custodian. If people want some articles to be amended, it is their right.” 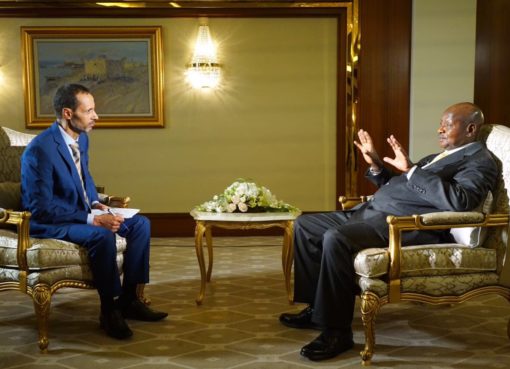