Airtel Uganda together with the Buganda Kingdom have handed over Shs.110,000,000/- (One hundred and ten million shillings)  that was collected during the Kabaka Birthday Run 2017   as a contribution towards the fight to end Sickle cells in Uganda .

Speaking at the handover ceremony, Mr. Bhatia said, “We are so honored and proud to partner with the Buganda Kingdom in the fight to put an end to Sickle cells in the country.”

“This partnership is Airtel’s commitment to working with various stakeholders to improve health standards in Uganda and providing affordable healthcare to our customers through investing in passion points that connect our customers such as the annual Kabaka Birthday Run,” he added.

“I would like to thank and recognize all Airtel Uganda customers, fellow sponsors, the media as well as the general public who showed support to those suffering from sickle cells by coming and participating in the 2017 Kabaka Run” he concluded

Buganda Kingdom Katikiro, Owek Peter Mayiga thanked Airtel Uganda for their support in this fight and praised them for always coming out strongly to show support to Ugandans on the social causes that are very important to society development.

“I encourage my fellow Ugandans who have been affected by this scourge of Sickle Cells in one way or another to support each other and seek medical help and be consistent in their treatments as partners like Airtel come together with the Kingdom of Buganda to put an end to this disease,” he concluded.

According to the Ministry of Health, over 25,000 babies are born each year with sickle cell disease and over 80% die before their 5th birthday contributing to 15% infant mortality, 13.3% of the total population have Sickle cell traits. 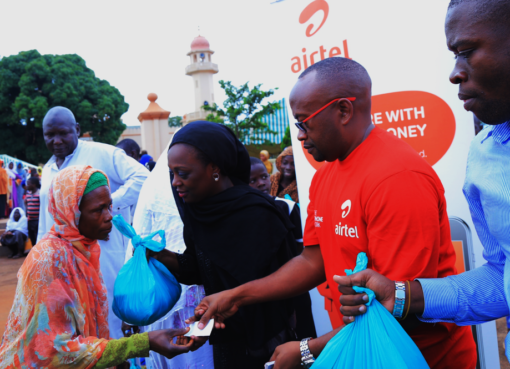