In an exciting ceremony befitting of a Friday, Airtel Uganda, for the sixth time, rewarded subscribers taking part in the ongoing ‘Mega Masappe’ promotion.

The winners received their prizes from a team of Airtel Uganda representatives led by Mr. Ali Balunywa, the Airtel Uganda Sales & Distribution Director.

Speaking at the prize-giving event, Balunywa congratulated the winners and expressed gratitude to them for taking part in the promotion.

“On behalf of Airtel Uganda, I am honored to be here, rewarding the sixth set of loyal customers and winners in the ‘Mega Masappe’ promotion. For the past five weeks, we have been rewardfing our subscribers and we are always excited to see them in a celebratory mood. Our customers’ loyalty is crucial to our business operations and we are honored to be able to reward them with life-changing prizes.”.

“Airtel Uganda is committed to continuously giving our customers an unbeatable experience. We believe that fulfilling this is the reason we’ve remained Uganda’s Number One Smartphone network,” he added.

Balunywa also called upon Airtel Uganda subscribers to participate in the promotion. ‘Mega Masappe’ is a nationwide campaign. We have winners from various regions across Uganda, so my message to everyone is to take part in ‘Mega Masappe’- there are daily, weekly prizes to be won, in addition to the bonus calls, SMS and data bundles that come when one reaches their target.”

As part of ‘Mega Masappe’, subscribers are required to opt into the promo by dialing *162# and selecting option 1 to opt in, option 2 to check target and option 3 to redeem their data bonus – which will be broken down into Voice, SMS and Data at 50%, 10% and 40% respectively. This bonus however does not apply to social packs, quarterly, annual and free bundles.

Daily and weekly prizes will be given away every Friday for the 90-days’ duration of the promotion. 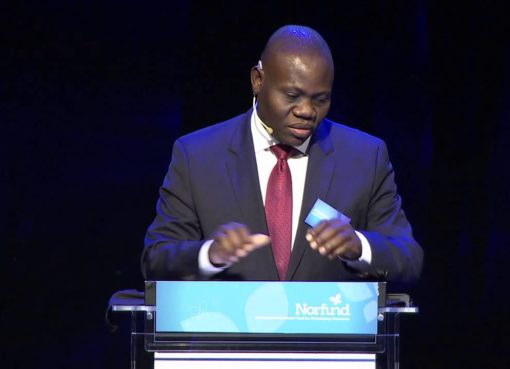