This weekend, Gulu will play host to the Guinness 2017 National Rugby Sevens series at the Gulu High Grounds.

Preparations are already underway for teams to travel on Friday for games to be played on Saturday 2nd Sept,2017.

Having lost a chance to sweep the series, the Kobs will be looking to strengthen their battle to avoid a comeback fight from the Heathens who won the 3rd Leg that was held at Legends Rugby Club. The Kobs go into the 4th Leg leading the Series with a two-win advantage over the other teams.

Three-time finalists, Buffaloes, will be looking towards ‘lady luck’ to fight and try to win the 4th Leg.

The Ladies category is now a fight between the Entebbe Ladies and the Thunderbirds.

Revelers should look forward to expect lots of discounted Guinness and goodies from Guinness. Games start at 8:30 am till 6pm.

Speaking ahead of the 4th Leg in Gulu, Estella Muzito, the Head of Beers at Uganda Breweries Limited said; “The games have produced a very good and welcoming ambiance. The players are tussling it out to win the series and we are happy with the turnouts at the games. We continue to make memorable experiences. As we prepare for the upcoming Rugby Africa 7s Cup in October we hope to attract more Ugandans to come and enjoy as well as support the game of rugby.”

Guinness joined the rugby fraternity to help support and build the sport in the country as well as pivot the national sevens team to greater heights.

The new sevens format has ten core member clubs and two invitational teams at each circuit. There is a weekly ranking of teams based on their performance during the circuits.

The rugby 7s series is taking place in six venues around the country with twenty-two teams and an estimated 2,000 participants that are expected to take part. 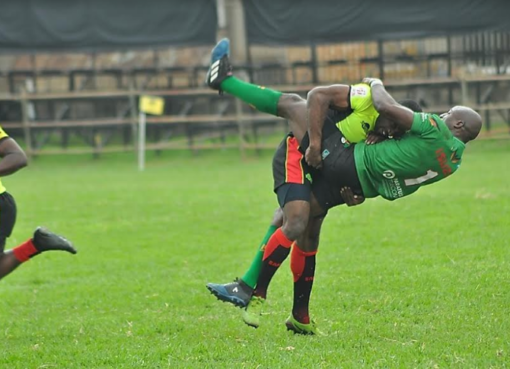