Protests against the lifting of Uganda’s presidential age limit are taking shape on the day members of the ruling National Resistance Movement (NRM) are expected to table a bill intended to remove the upper age limit to allow three-decade president rule for life.

At about 8:30am, Kampala lord mayor Erias Lukwago was arrested as he attempted to leave his home in Wakaliga.

Some 330km from the capital Kampala, a solitary protester in Lira Town of northern Uganda burnt tyres as other people looked on.

He also carried a ‘coffin’ with inscriptions “REMOVAL OF PRESIDENTIAL AGE LIMIT IS THE DEATH OF OUR COUNTRY”.

The protester placed the ‘coffin’ near the burning tyre in the middle of the road.

Ofwono Opondo: MPs Could Be Using Grenades as Own Tactics to Frame Govt 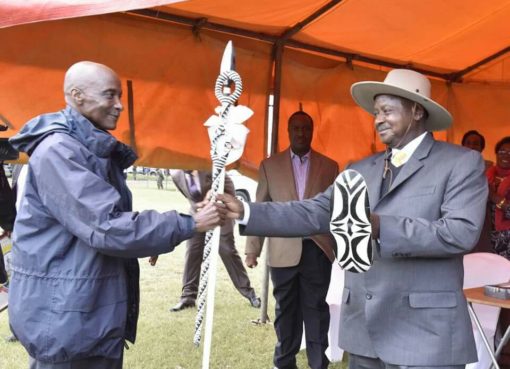