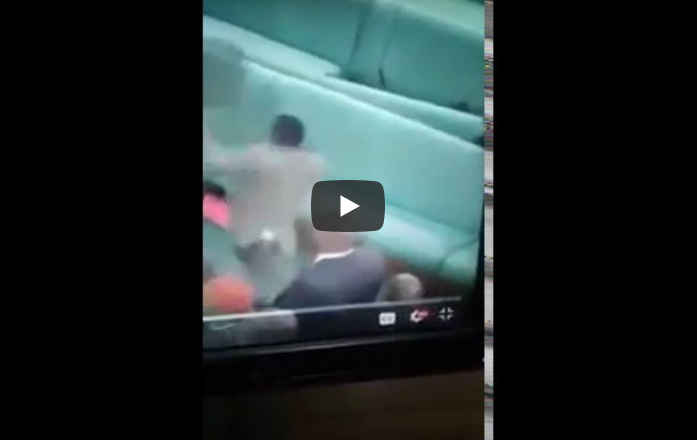 MPs opposed to the lifting of the age limit to allow President Museveni rule beyond the age of 75, on Wednesday engaged in a scuffle with Special Forces Command (SFC) after they refused to leave the Parliament chambers when Speaker Rebecca Kadaga suspended them.

A photo of Wamala, also junior Works and Transport Minister, aiming a punch at MP Zaake had earlier gone viral.

MP Zaake is currently admitted at Rubaga Hospital, nursing injuries from the scuffle.

Wamala says he did what he had to do  “because MP Zaake was selling ice cream in form of breaking chairs and destroying Parliament property in the process”.

In the video, MP Zaake is seen throwing chairs and other objects before Gen Katumba Wamala grabs him from the back and throws a punch at him.