Mujuni, who had earlier revealed that he was on a 30-days leave, has finally confirmed that he is leaving the Serena-based TV Station, where he has worked for 2 years.

“I am leaving NTV proud of the work we have accomplished as a team in finding the truth. I hold my head high for the opportunity we have had to express the voice of the voiceless, to use our stories in the search for justice and for the balance and editorial fairness we have accorded everyone, the very basic of journalism,” said Raymond Mujuni.

“I will, in the coming week join a new team principally to build the institution of investigative story telling and find more attractive ways of telling stories to younger and determining audiences – to create the blue ocean of media consumption,” he added.

Among Mujuni’s investigative news stories at NTV, was the story of the Pine Car bond where torture had occasionally been alleged and extortion peaked high. He also covered the South Sudan and Kasese Conflicts, Rwanda and Kenya Elections, and many other big stories.

Although he hasn’t revealed which station he will be joining, reliable sources at NBS Television have revealed to this website that the youngster will be joining their team.

NBS TV has over the years taken on a number journalists from NTV Uganda. Some of those that have crossed from NTV to NBS include MC Kats, Solomon Sserwanja, Rukh-shana Namuyimbwa, Wisdom Kiyonga and Dean Lubowa Saava. 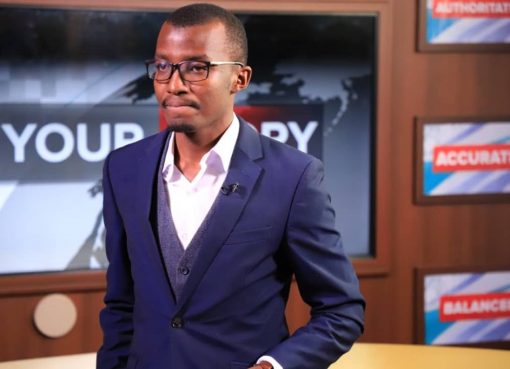 Raymond Mujuni Speaks Out on Leaving NTV Uganda for NBS