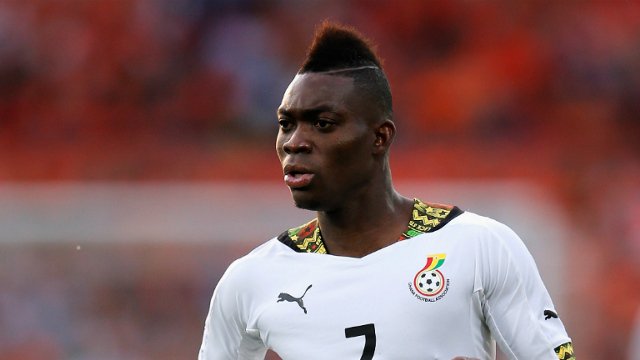 Newcastle United pacy winger Christian Atsu has been ruled out of the World Cup qualifiers tie between Uganda Cranes and Ghana Black Stars due to injury.

The do or die game for both sides is scheduled to take place on Saturday October 7th at Mandela National Stadium Namboole.

Atsu joins four other international players who will not feature including captain Gyan Asamoah, striker Thomas Agyepong and US-based duo of Harrison Afful and Jonathan.

Brothers Jordan and Andre Ayew were also sidelined by the coach to give other players a chance.

Ghana is currently camping in Kenya, where they have been since Monday.

They are expected to touch down at Entebbe on Friday morning.