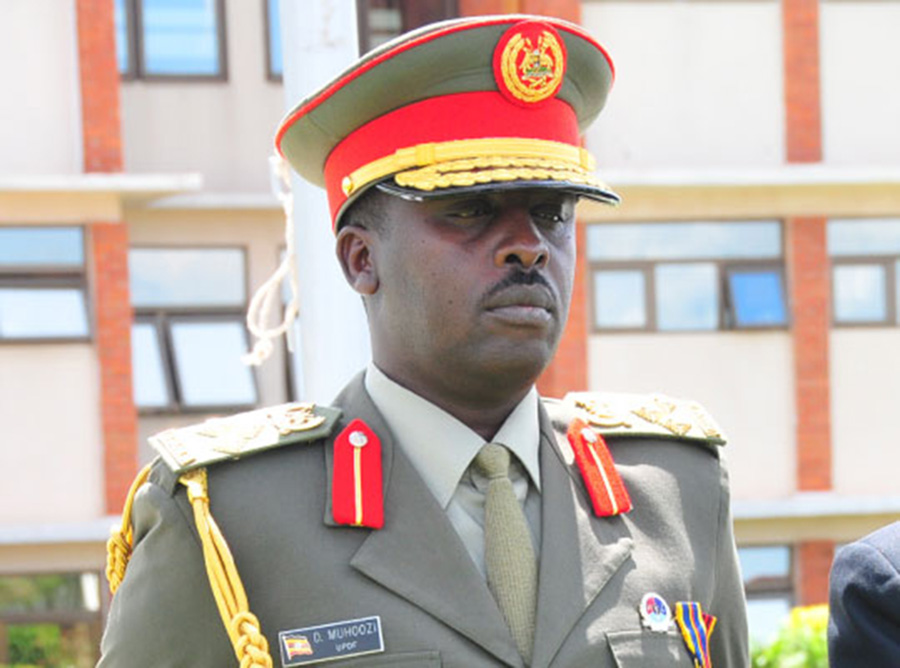 Uganda’s army, the UPDF, has described as ‘fake news’ statements attributed to Chief of Defense Forces Gen David Muhoozi and ex-minister Maj Gen Jim Muhwezi to the effect that the plot to remove the age limit had been over powered by public resistance.

The messages shared on Facebook and Whatsapp Sunday morning were reportedly conversation between Muhoozi and his colleagues.

The messages, now dismissed as fake, indicated that Muhoozi had recommended that age limit removal was not good for Uganda.

“What I saw on various media happening in Rukungiri as the protestors against the age limit project taking on the Police is by no means not good for this country and should not be underestimated,” the message had indicated.

The age limit amendment bill seeks to delete the upper age limit in article 102b of Uganda’s constitution to allow three-decade president Yoweri Museveni stand for reelection beyond the age of 75 – and possibly rule for life.

Muhoozi, the messages had also claimed, warned against the people’s strong will in resisting age limit removal

“I have seen demonstrations in all parts of the country even those of Makerere University but the resilience exhibited by those youthful men and women in Rukungiri is something we should not just look at and ignore,” the ‘fake’ messages had quoted Muhoozi as saying.

But UPDF spokesperson Brig Richard Karemire has dismissed the message as devoid of the truth.

“There is an absolutely false information being spread on social media in regard to the Age Limit debate and the recent unfortunate incident in Rukungiri District,” Karemire said.

Karemire emphasized: “Gen Muhoozi has never been involved in such talk. Please be advised that they are all untrue and seek to dent the good image of the UPDF.”

Muhwezi has also distanced himself from the messages. 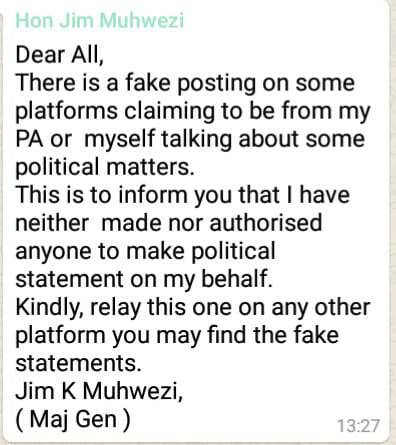