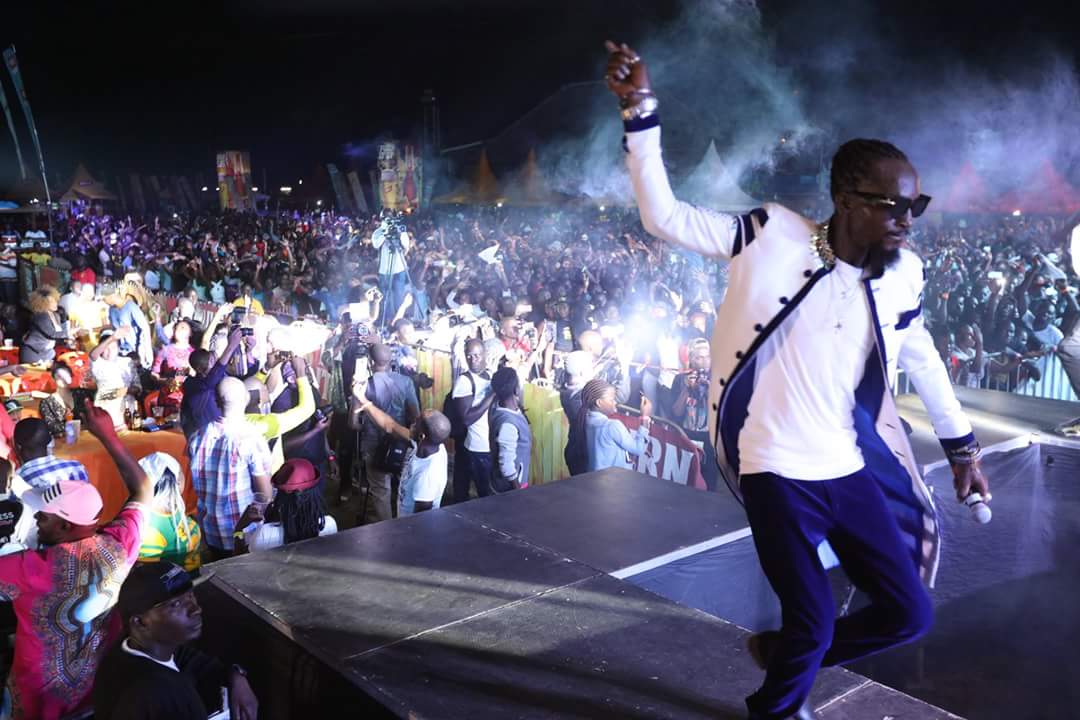 At the MTN sponsored concert dubbed “10 Years of RAW”, the singers were celebrating 10 years in music, having released their first song as a duo in 2007.

By 5:00PM, fans had started arriving at the venue and performances kicked off at around 7:30PM with artistes including luga-flow rapper Feffe Bussi, gospel singer Exodus, King Michael, Red Banton, Rabadaba, Pallaso and Ykee Banda among others entertaining the crowd.

Events emcee Daggy Nyce was the official host of the Concert while Galaxy FM’s DJ Nimrod played the music.

Clad in white outfit, Radio and Weasel stepped on stage at a few minutes to 10:00PM amidst cheers from the crowd.

The duo kicked off their live band performance with their hit song “Talk and Talk” and went on to sing other songs like “Numba Emu”, ” Zuena”, “Kiduula Kyo”, “Potential”, “Amaaso” with Pallaso and “Fitting” to mention but a few.

The singers would later take a break, leaving the stage for stand-up comedians Madrat and Chill to entertain fans.

With even more energy, Radio and Weasel returned to the stage wearing African print designs and gave fans a thrilling performance. Singers Irene Ntale and the B2C trio also joined them to perform the collabos “Bikoola” and “Gutamiiza” respectively.

The concert ended at Midnight.