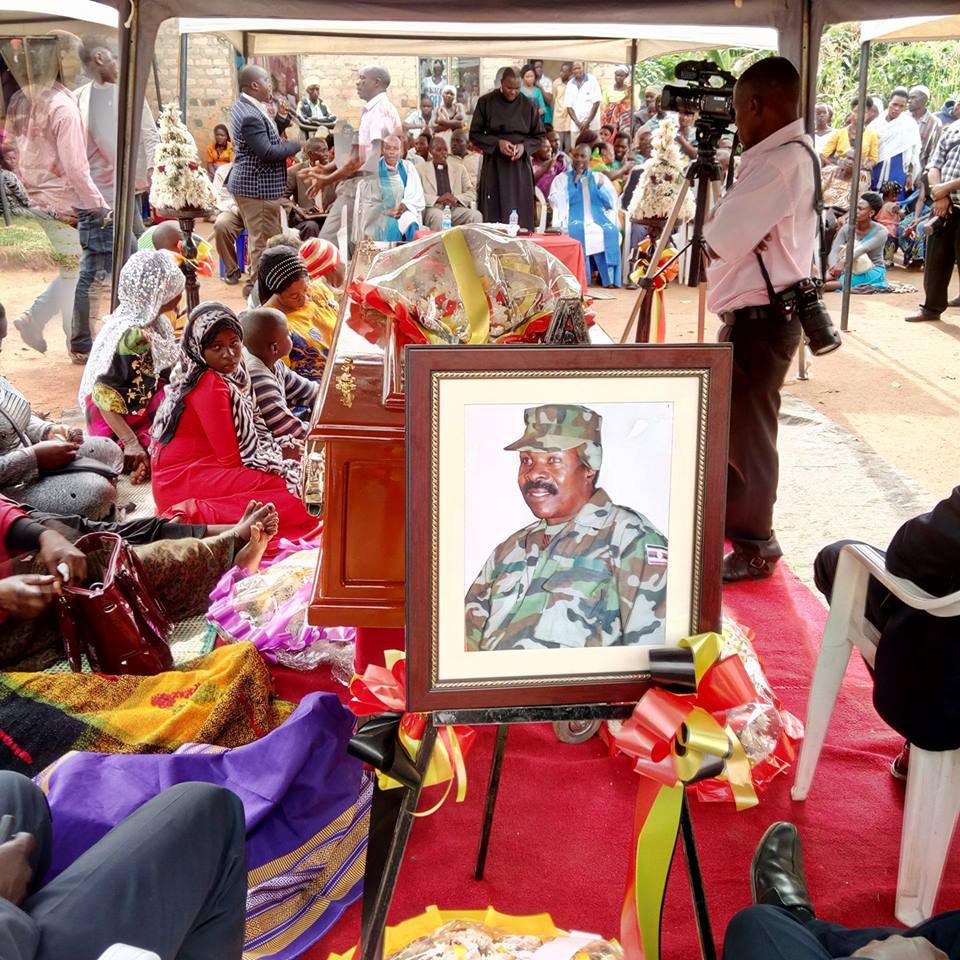 Sgt Kifulugunyu, famous for his song “Omwoto Namaka”, passed away on Tuesday.

His burial was attended by relatives, friends and officials from different government institutions including the army (UPDF), police and politicians at different levels among others.

Sgt. Kifulugunyu was part of the NRA liberation struggle that brought President Museveni to power in 1986.  He composed morale boosting songs which uplifted the spirit of fighters in times of despair.

Lt. Col. Deo Akiiki, the UPDF deputy spokesman in a statement issued on Wednesday noted that Kifulugunyu “remains specifically remembered for boosting the morale of the fighters through his patriotic music. UPDF and the entire country had continued to enjoy his patriotic songs to motivate soldiers and the general public”.