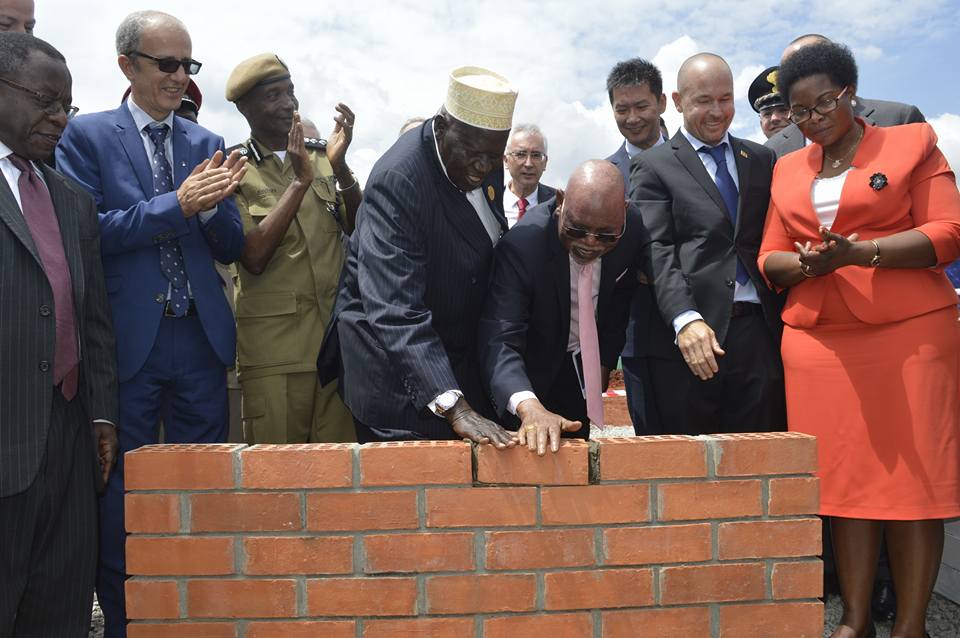 The first deputy Prime Minister Rt. Hon Gen Moses Ali on Saturday (December 2, 2017) commissioned the Regional Forensic Referral Centre of Excellence that will be hosted by the Uganda Police Force.

The ceremony was held at Police Headquarters in Naguru.

He thanked the Uganda Police and the Inspector General of Police Gen Kale Kayihura for such a timely project that will address issues to deal with crime investigations.

In his address, the IGP said that once the project is complete, it will transform the quality of criminal investigations in all security sectors.

“It’s a very big boost in our country and the region in fighting criminality and trans-border crimes,” Gen Kayihura said.

Kayihura added that, “We have made a break through, we are now going to have control over the postmortem examination results as soon as this project is complete. We are going to have our own mortuary where nobody will interfere with results”.

The IGP also noted that police with the help of friends of Uganda Police from abroad have started on a program to improve the quality of police investigators (CID).

The 4-storied project will seat on 2.96 acres of land with four wings that will be dealing in forensic pathology, Cyber and digital forensic, database (DNA), crime scene management, forensic biology, and chemical analysis among others.