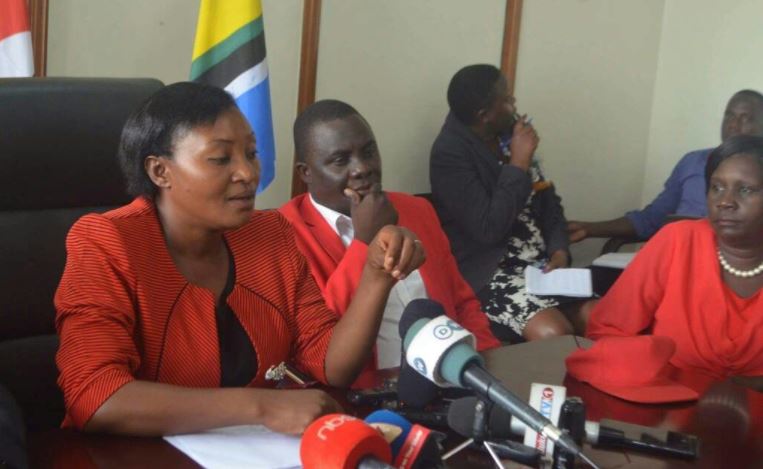 Opposition Members of Parliament have launched a new campaign after the passing of controversial ‘age limit’ bill, which seeks to delete the upper age limit in article 102b of the constitution to allow anyone to stand for president beyond the age of 75.

In the campaign dubbed “K’ogikuteko”,  the MPs say they are going to engaged in several activities targeting President Museveni, who according to them was the force behind the Age Limit Bill.

Born in 1944 and in power since 1986, President Museveni will be over 75 and therefore would have been ineligible for reelection when Uganda next goes to the polls in 2021.

Speaking to the press in Thursday, Leader of Opposition in Parliament (LOP), Winnie Kiiza assured Ugandans that the struggle to liberate the country was still on, stating that all is not lost.

MP Kiiza revealed that the opposition was going to transverse the counce and carry out a series of activities against the new amendments in the constitution, which according to them are all illegal.

“We are ready to go to Court because we still believe whatever happened Yesterday was an illegality and we shall challenge it before Courts of Law and we believe it will be thrown out,” said Winnie Kiiza.

“Dear Ugandans, all is not lost, I salute my fellow members that were able to stand with you as we defended the Constitution, we still hold your views dearly and believe your voices will continue to awaken the conscious of those that betrayed your trust,” she added.

“The struggle continues, the road may be rough but with your support we shall overcome the tyranny that is engulfing our motherland,” Kiiza further said.

On Wednesday, 317 MPs voted in favour of the motion to lift the upper age limit of 75 years and only 97 members voted against. Two legislators declined to vote.

In the debate that lasted over 10 hours, Parliament also reinstated presidential terms by passing clause 105 in the Constitution, which states that, “A person shall not hold office as president for more than two terms”.

Legislators also approved a 7 year term for Parliament and Local Government positions starting with the current term, pushing the next elections for those positions from 2021 to 2023.