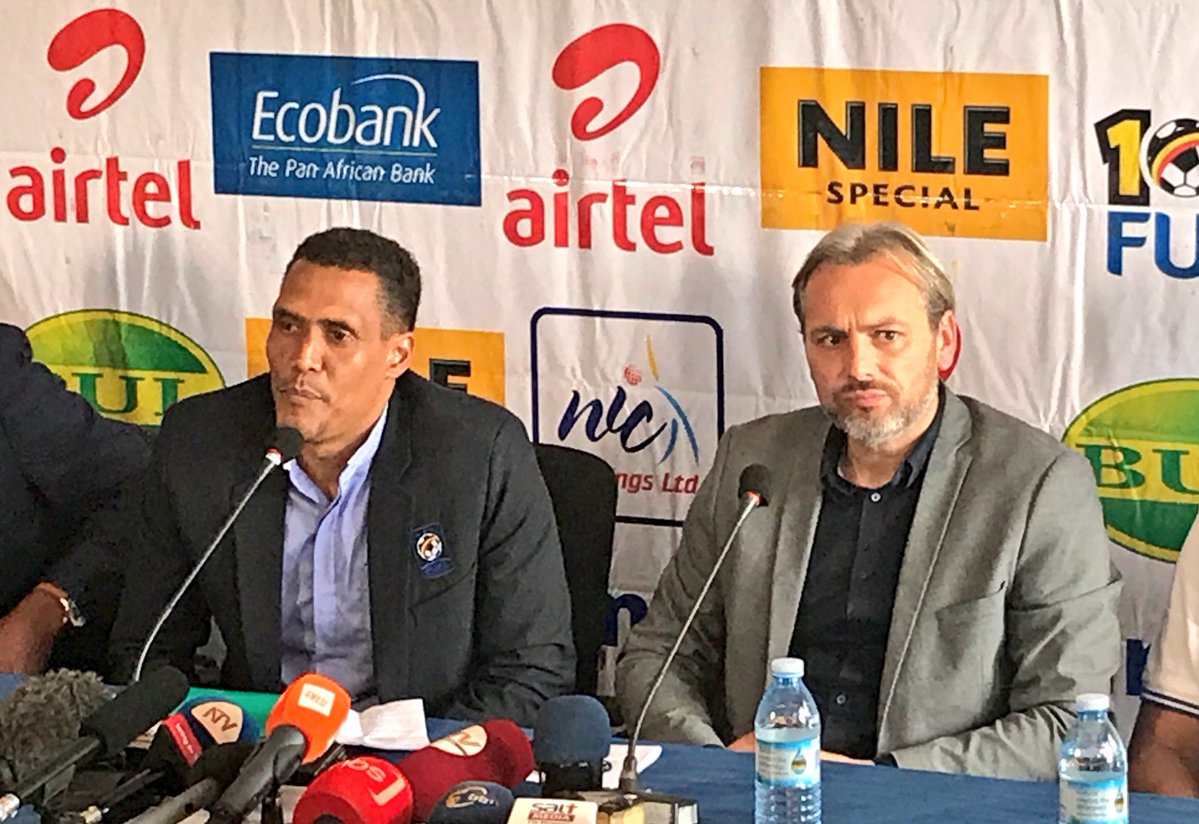 The 41-year-old was unveiled at a press conference held at the Federation of Uganda Football Associations (FUFA) House in Mengo, Kampala.

“I am very happy and want to thank the board of FUFA for the confidence given to me. My target is to get results. I want to improve the team,” Desabre said.

“I have worked for a long time in Africa and i know much of African football. I am ready to serve Uganda Cranes,” he added.

FUFA would then appoint Moses Basena and Fred Kajjoba as national team coaches on an interim basis before the search for a substantive coach kicked off.

FUFA CEO Edgar Watson while speaking at the press conference revealed that 93 candidates applied for the Uganda Cranes head coach position and five were Ugandans.

“The process of searching the coach has seen active involvement of the Government with the National council of sports,” he said.

Watson also revealed that Desabre’s contract is 3 years, which is renewable.

Before being appointed Uganda Cranes Coach, Desabre has been head coach at Egyptian side club Ismail, a position he resigned from last week.

His first task will be to prepare the Uganda Cranes for the 2018 CHAN Championship in Morocco, where Nation Team is in Group B with Cote D’Ivoire, Zambia and Namibia.

This website understands that Desabre Sebastien will be earning at least $20,000 (about Shs 72 million) per month of which government has agreed to meet 70% and FUFA 30%.