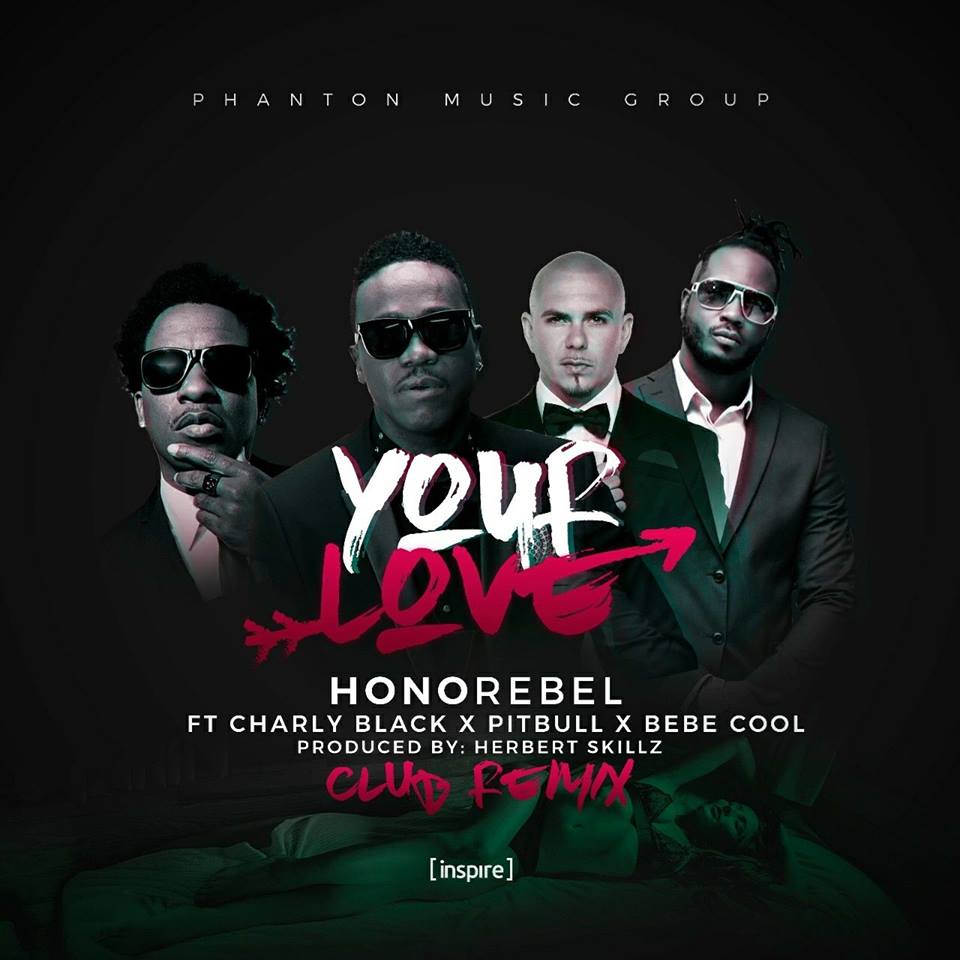 The song titled “Your Love (Club Remix)” was produced by Ugandan procer Herbert Skillz and is a remix of Honerebel’s single “Your Love”.

When asked to comment on “Your Love” club remix, Honorebel said, “I feel like music is a feelings and a vibes, so I go where ever that vibes and feelings takes me. I think Charly Black gave it that authentic, organic Dancehall feelings, and both of our futuristic lyrical flavor and flow gave the song a nice blend, Pitbull gave it the International brand and Bebe Cool stamp it with that real African Dancehall sound which took the remix to another level.”.