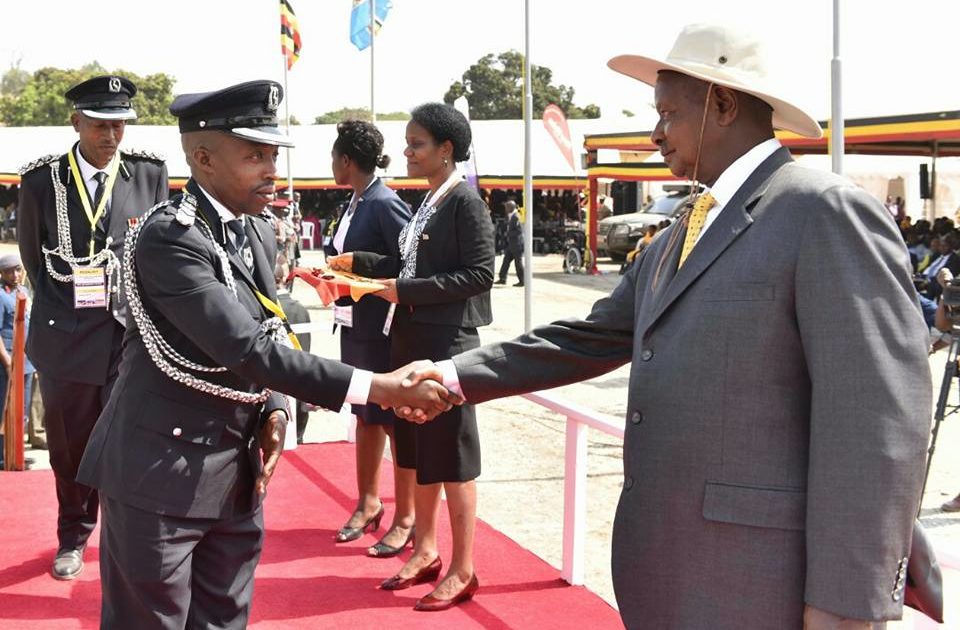 President Yoweri Museveni on Friday awarded over 40 Police Officers with medals during the 32nd NRM Liberation Day celebrations at Boma Grounds in Arua.

The officers were awarded with two categorizes of medals, the Golden Jubilee Medal, and the Police Centenary Plus Medal.

In his Address, the President called upon the Police to restore discipline on roads in Uganda, citing at indicipline among Boda Boda cyclists in Kampala has scared away investors.

“The Police must insist on enforcing the traffic and Road safety codes. Don’t overtake when you’re not supposed to overtake and don’t drive on the pavement because it’s for pedestrians. I have heard investors complaining about drivers in Uganda,” Museveni said.

“As Uganda is developing, I appeal to Ugandans to learn discipline. If you’re in Kampala and see how recklessly the boda boda cyclists ride, you’re going to undermine our efforts to bring more people to Uganda,” he added.

“The youth can be transformed from joblessness, ‘propertylessness’ to job creators, but the youth need to get disciplined, stop drugs and prostitution.”