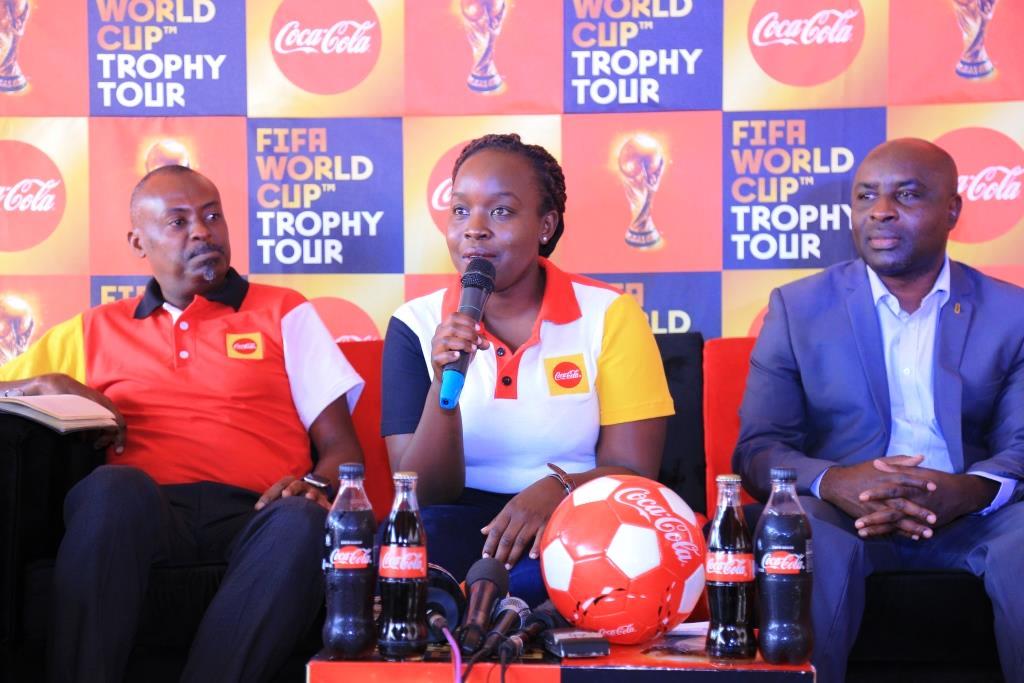 The FIFA World Cup™ Trophy Tour by Coca-Cola will give millions of people around the world the opportunity to get ready to taste the feeling of the world’s largest, most anticipated sporting event – the 2018 FIFA World Cup™. In hosting this momentous, international tour, Coca-Cola and FIFA invite fans to get up close and personal with the same trophy that is presented by FIFA to the winning country of the FIFA World Cup™. For thousands of fans, it will be a once-in-a-lifetime opportunity to see the most iconic symbol in football and share their passion for the game.

“We are proud to welcome the FIFA World Cup Trophy to Uganda for the second time. This recognition and honor attests to the country’s undying love for the game. The Trophy is only visiting 10 countries in Africa and this attests to the great pride Coca-Cola has for Ugandan people. Football is the most popular sport in the country and millions of fans follow and watch both local and international matches. COPA Coca-Cola has been actively developing football talent in Uganda for a number of years now with Farouk Miya, Godfrey Walusimbi, Shaban Muhamad, Khalid Aucho and many others being a few stars that have been developed through this tournament. The FIFA World Cup finals brings the country to a virtual standstill as many, young and old, join the world in cheering for their favourite teams. Football has a strong unifying power across culture, religion and politics and we as Coca-Cola are excited to share with Ugandans the rare chance to view the FIFA World Cup Trophy,” said Miriam Limo, Senior Brand Manager – Uganda.

“In the world of sports, no symbol stands stronger than the FIFA World Cup Trophy,” said FIFA President Gianni Infantino. “Everyone recognizes the significance of the Trophy as a unifying force. We are extremely happy to partner with Coca-Cola once again to bring the Trophy to football fans around the world.”

FIFA World Cup 2018 fans in Uganda will have an opportunity to witness the world’s most loved sport Trophy tour the country in a number of ways. First, the trophy will arrive in Uganda from Cape Town on Monday 5th March. 12 lucky Ugandans will have an opportunity to travel to Cape Town and come back with the trophy. Activation details are on press and posters with lucky winners being unveiled on 12th February 2018. The Trophy will be received by the President on 5th March.

Secondly, the Coca-Cola Company has organized a fans and consumers viewing opportunity at Lugogo Cricket Oval on 6th March 2018 where there will be exciting and engaging activities as consumers get a chance of a life time to view the World Cup Trophy in Uganda.

The Coca-Cola Company has had a long-standing relationship with FIFA since 1976 and has been an official sponsor of the FIFA World Cup™ since 1978.

Coca-Cola has had stadium advertising at every FIFA World Cup™ since 1950 and is a long-time supporter of football at all levels. This is the fourth time that Coca-Cola and FIFA have come together to bring the Trophy Tour to the world.