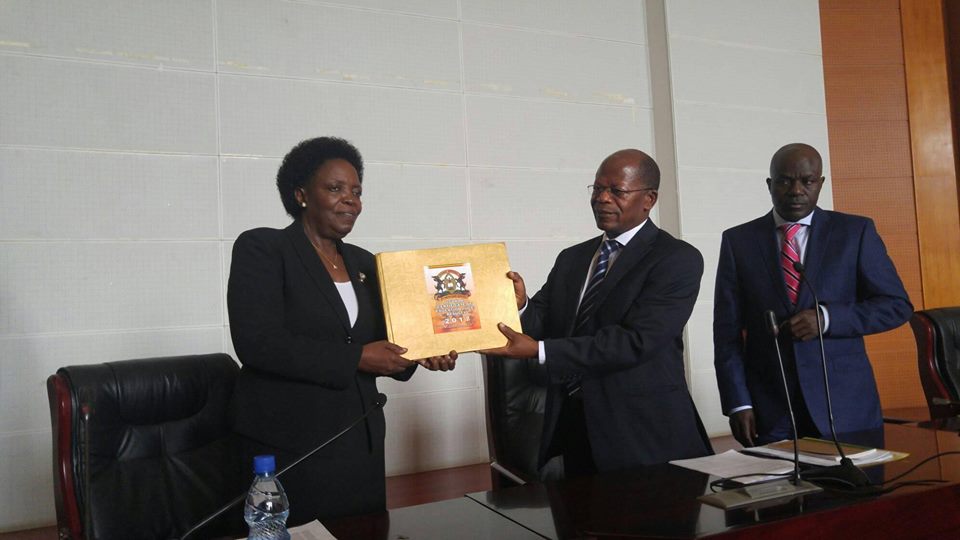 The Uganda National Examinations Board (UNEB) has Wednesday (February 7, 2018) released results of the 2017 Uganda Certificate of Education (UCE).

The results were released at a ceremony held at the Office of the Prime Minister, auditorium.

UNEB chairperson Prof. Mary Okwakolwhile speaking at the ceremony revealed that the examinations body withheld results for 4,525 candidates who sat UCE exams last year. Kajjansi Progressive SS is one of the affected schools where results of more than 253 candidates have been withheld.

“UNEB is withholding results of 4,525 candidates (1.4% of candidates who sat) from 112 centres suspected to have involved themselves in various forms of examination malpractice,” Okwakol said.

According to the UNEB Executive Secretary, Daniel Odongo, Wakiso and Kampala were the best performing districts with 7,000 and 3,895 students passing in Division One respectively.

Bukwo and Butaleja were the worst performing districts with an average of 28th of the candidates from the two districts failing their exams.

To get the results by SMS, go to message and type UCE, leave a space, correct index number of the candidate e.g U0001/001, send to 6600 for MTN and Airtel networks