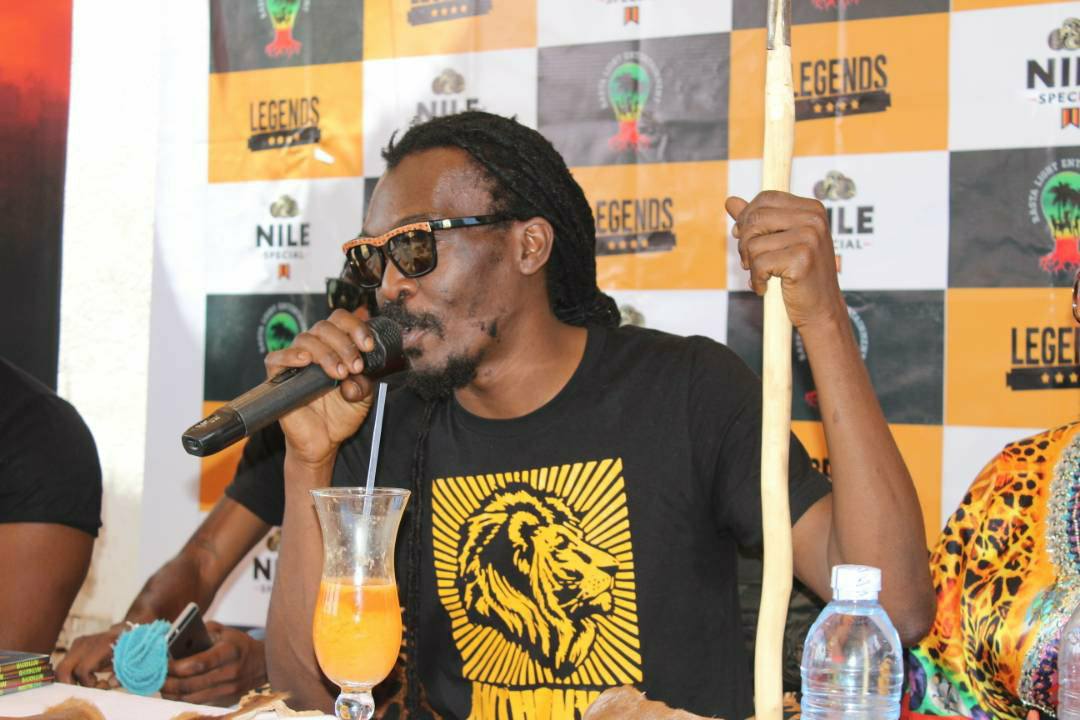 Jamaican Reggae and dancehall musician Anthony B is Uganda for much anticipated Kampala Reggae Fest slated for this Saturday (March 24) at Legends, Lugogo.

Anthony B touched down at Entebbe Airport on Thursday morning aboard Turkish Airline and was welcomed by the concert organizers.

Speaking at a press conference held at Legends Bar on Thursday, the “Real Warriors” hit maker said he was excited to be Uganda and will put up a great show at the concert.

“We know there are many tribes in Uganda but in Saturday, we shall put that aside an celebrate reggae music. It’s about love, music and unity,” he said.

Popular Ugandan musician Bebe Cool, who was also present at the press conference, noted that Anthony B was one of the musicians that inspired him into music.

“When I was young, I wanted to be like Buju Banton, Anthony B and Capleton. A few months ago I did not believe that Anthony B was coming to Uganda until I was showed all the contracts. I can’t wait to share the stage with him,” Bebe Cool said.

The concert which is organized by Rasta Light Entertainment in partnership with Nile Special and Legends Bar, is aimed at celebrating the Reggae culture and art in Uganda.