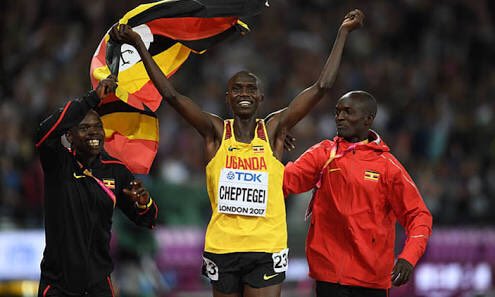 “Congratulations to Joshua Cheptegei for winning Gold in the Men’s 5,000m at the ongoing Commonwealth Games in Australia,” wrote Museveni on Sunday.

“Your country is proud of you!”

It was easy to write off Cheptegei, 21, who started off  modestly, pacing alongside fellow countrymen Thomas Ayeko and Phillip Kipyeko.

But with about four of the 12-and-a-half laps left to complete, Cheptegei increased his speed, overtaking those that had dominated the race.