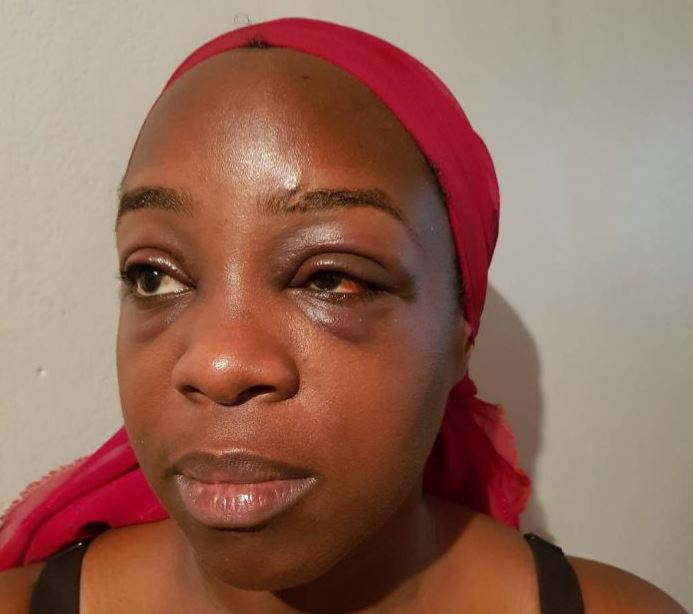 Singer Angella Katatumba and Jamaican singer Kuzi Kz were recently beaten to near pulp at Chicken Tonight restaurant in Muyenga.

The scuffle according to Angella Katatumba’s brother started when the singers had gone to have a meal at the restaurant at 4:00AM after a studio session.

Kuzi Kz asked a waiter to bring him ketchup and the waiter brought both ketchup and chilli. Not knowing which was which, Kuzi Kz poured chilli allover his food mistaking it for ketchup and the food became inedible.

The Jamaican singer would then walk to the counter to have the matter resolved but the waiters ignored him.

An attempt by Angella Katatumba to find out why her friend had been disrespected saw both singers beaten and thrown out of the restaurant by staff and the manager.

The scuffle left Angella Katamba with a bruise on her left eye. The songstress also alleges that she lost Shs 6.2 million that was in her bag.

A case file ref no. CRB353/18 has been opened at Kabalagala Police Station.