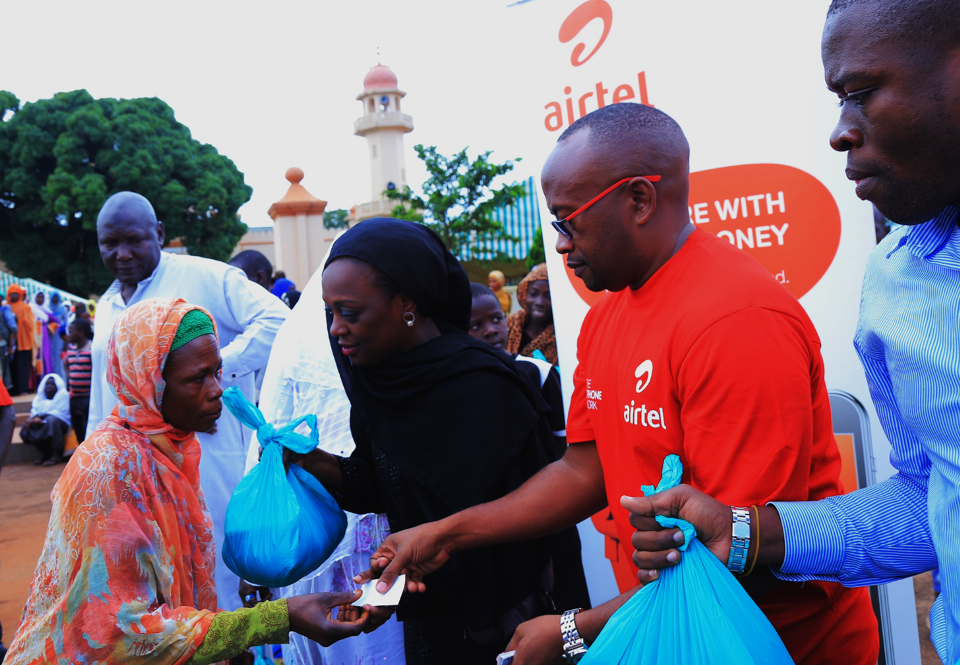 Airtel Uganda on Friday donated to residents of Kibuli community in continuation of its extensive Corporate Social Responsibility campaign of giving to its subscribers throughout the Holy Month of Ramadan.

The campaign that is aimed at shedding light on the true Ramadan spirit and celebrating this special time of the year with the local communities saw the telco visit Wandegeya community the previous week, handing them foodstuffs to assist in preparing their Iftar meals.

“Through this Holy month, we will be sharing the joys of Ramadan by distributing food stuffs every week to the underprivileged in over 24 mosques across the country,” she stated, adding “Ramadan presents a special time for our organization to communicate and interact with the community through our charitable programs. Every year at Airtel we prove that we are a company that pioneers in the social involvement, where we play a big role to give back to the community.”

“Today, Airtel teams spread out to Mbarara, Fortportal, Gulu, Lira, Kamuli, Mbale, Masaka and Mpigi communities reaching out to as many people as possible and handing out items to help them in unfasting,” Bugonzi added.

Speaking during the handover, the Kibuli mosque imam Shiek Mutyaba thanked Airtel Uganda for the noble gesture and appealed to the company to continue reaching out to the residents in the Kibuli community and beyond.

AS part of the Ramadan CSR campaign, the company chose highly populated areas in a bid to reach out and show support to as many Ugandans as possible.

Some of the districts earmarked for Ramadan donations include Kampala, Masaka, Mbale, Mbarara, Lira, Kamuli, Fortportal, Gulu, Iganga, Hoima, Jinja, Arua, Tororo, Kabale and many others.

In addition to the food stuffs, the company has launched a campaign where subscribers that recharge a minimum of 500/- through Airtel money & E-recharge will receive free 100MBs, 100SMS (Airtel to Airtel SMS) and 30Minutes (Airtel to Airtel calls). These minutes, MBs & SMS can be used between midnight & 6am daily and expire at 6am.