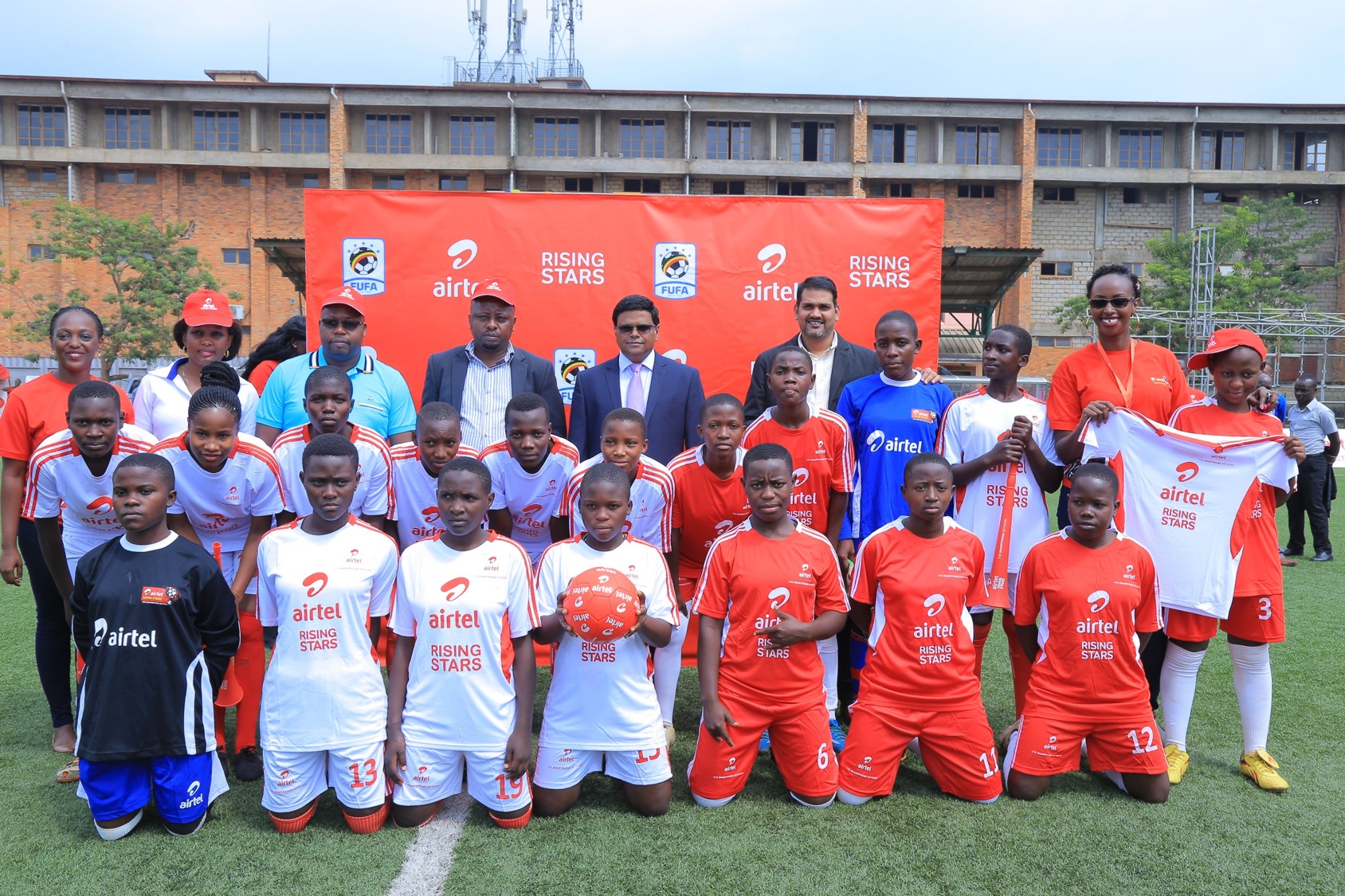 Airtel Uganda has officially launched their 7th season of the Airtel Rising Stars initiative – a tournament that gives talented boys and girls under the age of 17 years an opportunity to show case their abilities in hope of securing a sports career.

The global talent search platform aims to develop grassroots football by encouraging and nurturing the youths’ football skills and providing them with the opportunity to evolve and acquire new football techniques that will turn them into distinguished soccer talents.

The tournament that started in 2011 has identified many celebrated stars such as Farouk Miya, Muhammed Shaban, Martin Kizza, Kezironi Kizito, Fazila Ikwaput, Hasifa Nasuuna, Allan Okello, Pius Obuya, Bashir Asiku, Mathias Muwanga and many other talented players who have gone on to play professional football for local and international football clubs, with many being drafted to the National football team.

This year, the matches will be played in the 8 FUFA regions with Fort Portal hosting the finals on 27th August 2018. The football matches will be closely watched and followed by FUFA selected scouts whose role will be to identify the next Ugandan superstars.

According to Mr. V.G. Somasekhar, the Airtel Uganda Managing Director, Airtel Uganda is committed to the development of sports in Uganda at all levels.

“Our involvement in Ugandan sports starts right at the grassroots with this football tournament and crosses into the Ugandan football leagues all the way up to the National team. We believe that with the right support, the Uganda’s youth will be able to realize their talent in fields such as football and we are here to nurture and advance that talent,” he commented.

The FUFA President and Guest of Honor Eng. Moses Magogo commended Airtel for their unwavering support to Ugandan football.

“We are lucky to have business entities like Airtel Uganda whose mission is rooted in growing passion points like football – a uniting factor for Ugandans across all tribes and religions. As the official sponsor of the Uganda Cranes, Airtel has and continues to be a great contributor to the football stars of today and tomorrow,” he noted.

The winning teams at this year’s ARS national finals for both boys and girls will each win 5,000,000 shillings among other individual team accolades.