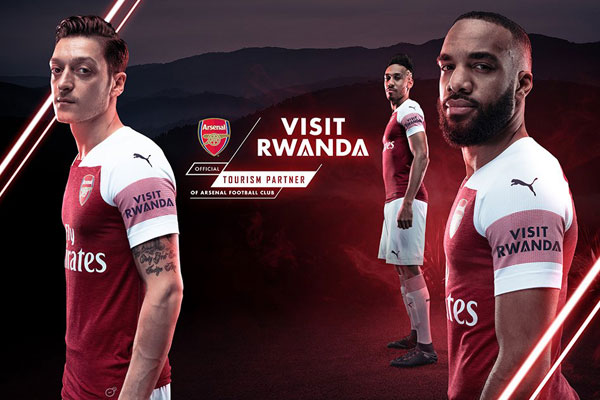 Destination marketing through sport sponsorship is not a new concept as exemplified by Mexico, Bermuda, Florida, Alberta and many other city, states, and countries.

However, the Visit Rwanda sponsorship of Arsenal F.C.’s jersey sleeve for $39 million US over three years is raising eyebrows worldwide.

Though the reported objective of the partnership is to increase tourism to Rwanda, after studying the capacity for tourism in Rwanda, the strategy is questionable.

Furthermore, it is widely known that the president of Rwanda is an avid fan of the team which has many people questioning the true motive behind this high-priced investment.

The main tourism attractions in Rwanda are trekking to see endangered mountain gorillas in the wild and visiting the genocide memorials to learn about the turbulent past of the country.

There are currently10 gorilla families habituated for human contact, and each family can be exposed to one group of eight tourists for a one-hour period each day.

This equates to 80 visitors per day or 29,200 maximum per year, which is just under to the total number of U.S. visitors to Rwanda for the entire year.

Based on United Nations World Tourism Organization (UNWTO) historical data, tourism has increased 23% since 2012. However, current trends show reduced interest in visiting the destination. Furthermore, in 2017 the Rwanda Development Board announced an immediate increase in the price of Gorilla Permits from $750 to $1500.

The doubling of fees coupled with the limited supply of permits, quality hotels, and supplementary tourism products has encouraged tour operators to promote neighboring Uganda as a more affordable and attractive option.

Taking a simplistic approach to return on investment, assuming each visitor spends $5,000 per trip, a total of 2,600 new tourists will need to book travel to Rwanda per year to break even on the Arsenal investment.

This equation does not account for the fact that, in developing countries, up to 90% of tourism dollars spent by each tourist does not stay in the country, a situation referred to as leakage. Furthermore, research shows that during the peak summer season, Rwanda is completely booked up with little room to add capacity.

Furthermore, there are no non-stop flights to Rwanda from the U.K. and Emirates, Arsenal’s airline partner, does not fly there. Rwanda would likely be better off spending its money on tourism development rather than on sponsorship to market a limited, and perhaps inferior tourism product. Many people have expressed concern that Rwanda receives millions of dollars in aid from the U.K, Netherlands, and U.S., among other countries, and question whether such funds should be spent on sponsoring a European football club.

Rwanda’s response is that the sponsorship money comes from tourism revenues and is being reinvested with a target to double tourism revenues to $800 million by 2024, from the current $400 million. Such rationale is again questioned considering the limited availability of tourism infrastructure and product to offer potential visitors.

In terms of media exposure, using sentiment analysis of Twitter’s activity after the sponsorship announcement with keywords “Rwanda and Arsenal”, responses were more negative than positive as indicated in the graph below. What was expected to be a benefit for both parties, generated negative publicity. Another stated benefit is that Arsenal players will visit Rwanda to promote local sport. Will this actually promote sport for health or dreams of being a professional player? A better approach may be to organize a service trip where Arsenal players and fans travel to Rwanda to help build tourism, sport, and/or education related infrastructure and give back to the local communities.

Uganda also holds the advantage in terms of luxury safari-style accommodations and a more rounded tourism experience with additional national parks for safaris. Rwanda opened its first sustainable luxury lodge in 2017 and is reintroducing lions and black rhinos into one of its national parks.

Although Rwanda was where early research on gorillas and the idea of habituation started, gorilla tourism began in the Buhoma section of Uganda’s Bwindi Impenetrable National Park and is now the area with the greatest infrastructure including an excellent community hospital, lodges, activities such as mountain biking, village walks, and the Batwa Experience which consists of a hike into the forest with the Batwa Pygmies, the first people of the forest.

These types of focused, product development strategies have helped Uganda continually grow tourism, and Rwanda would likely reap a much greater benefit from continuing to invest in these types of activities as opposed to dedicating large sums of money to programs that, while flashy, have less of an opportunity to generate a sustainable ROI and positive sentiment in the media and online communities.

The writer is a Professor of Sport Management and Tourism Studies at The George Washington University. 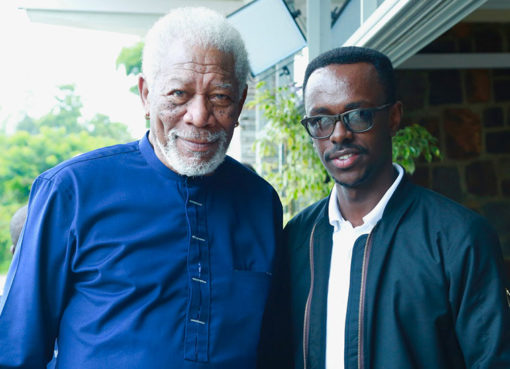 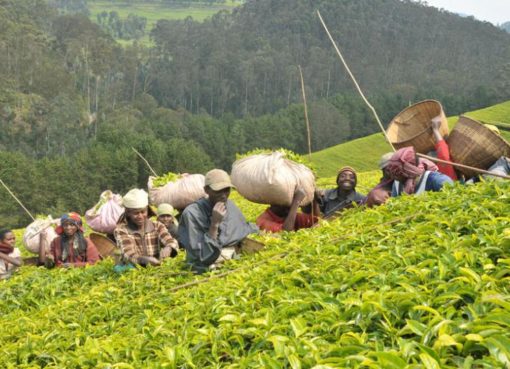