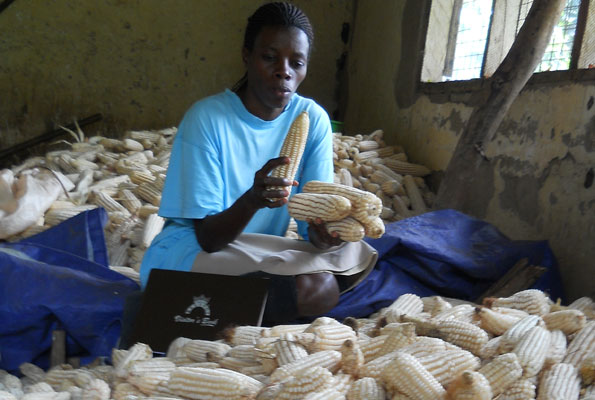 Is agriculture still a backbone of Uganda? My answer is, it is not!

With the lowest prices of agricultural produce in Uganda, farmers are likely to keep going poorer. With this opportunity, I believe I will deliver a message from disgruntled farmers who have no opportunity to access this platform.

I rented land of 15 acres in Mubende and planted in time when the rains had started. I found out that later I used 12,000,000 shillings by the harvest time. I harvested 15 tonnes.

At the time of harvest in February 2018, the price was 500 shillings per kilogram. It later fluctuated between 500 and 600 shillings.

Of course I was optimistic that the prices would increase to at least 1,000 shillings because at the previous harvest it started at 1,000 and tempted me to venture into maize.

To my surprise, it’s in fact 450 shillings from a farmer as I write in protest. I later around April became “hopeless” and sold my maize at 500 shillings and got only 7,500,000 shillings, far less than what I invested.

Here, I have not counted my own labour, my own threshing machine, and few expenses.

A transporter from Kyahi-Mubende for example will charge you 1,000,000 to transport 11 tonnes to Kampala. The middleman is equally affected as the farmer.

This time, I have cultivated the same crop in the same land with the 7,500,000 shilling I got last season and I also expect to harvest about the same quantity.

If prices do not increase to at least 1,000, I must throw in the towel and go look after my father’s chicken.

The writer is a concerned farmer.