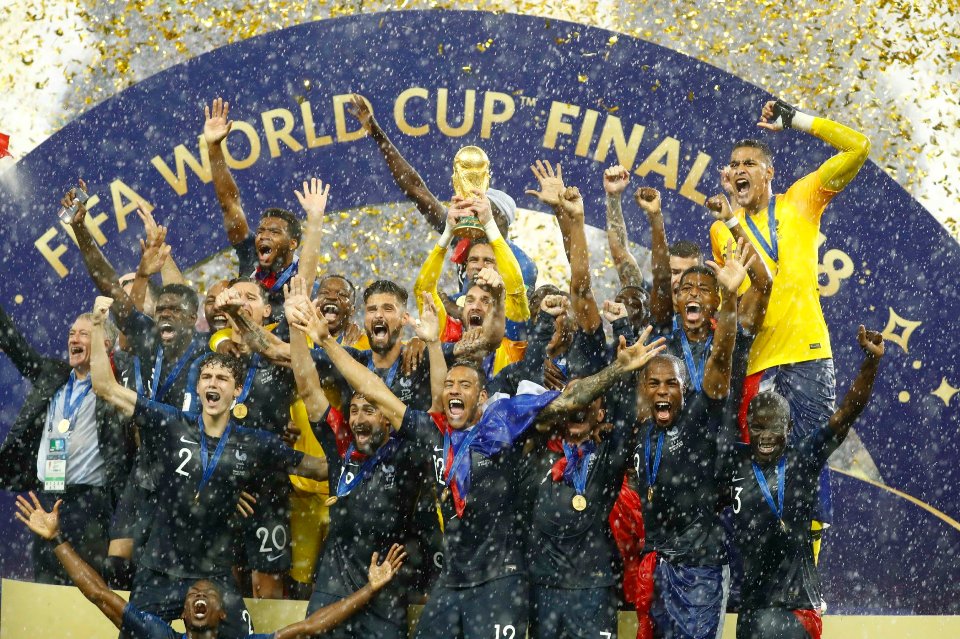 France have won the World Cup after beating Croatia in Sunday’s Final to lift the most famous trophy in world football.

Didier Deschamps’ side came out victorious in a six-goal thriller, winning the Final 4-2, in a match that saw the first ever own goal and VAR-awarded penalty  in a World Cup Final, as well as a calamitous mistake from captain Hugo Lloris.

Goals from Antoine Griezman, Kylian Mbappe, Paul Pogba and an own goal from Mario Mandzukic won the match for the French, which saw Deschamps become only the second person in World Cup history to win the competition as both captain and manager.

Les Bleus faced Peru, Australia and Denmark in Group C, and progressed along with the latter following two wins and a draw.

France then beat Argentina 4-3 in a thrilling last-16 encounter before knocking out Uruguay with a 2-0 quarter-final win, and overcoming Belgium 1-0 in the semi-finals.

In beating Croatia, Deschamps has become only the second man to both captain and coach a nation to World Cup glory.

The France manager lifted the trophy as skipper in Paris 20 years ago, and got his hands on football’s ultimate prize again in Moscow.

Only Franz Beckenbauer, captain of a triumphant West Germany in 1974 and then their coach in 1990, had achieved that feat before.

Mario Zagallo, who featured in Brazil’s wins of 1958 and 1962 and was then in charge for another in 1970, is the only other man to have won the trophy as both a player and a coach.

Deschamps steered France to the World Cup quarter-finals in 2014 and then the final of Euro 2016. His run in this summer’s tournament has seen him become France’s longest-serving manager, with the semi-final win over Belgium being his 82nd match in charge.

Before the final, Deschamps insisted that matching the achievement of 1998 was not his prime motivation.