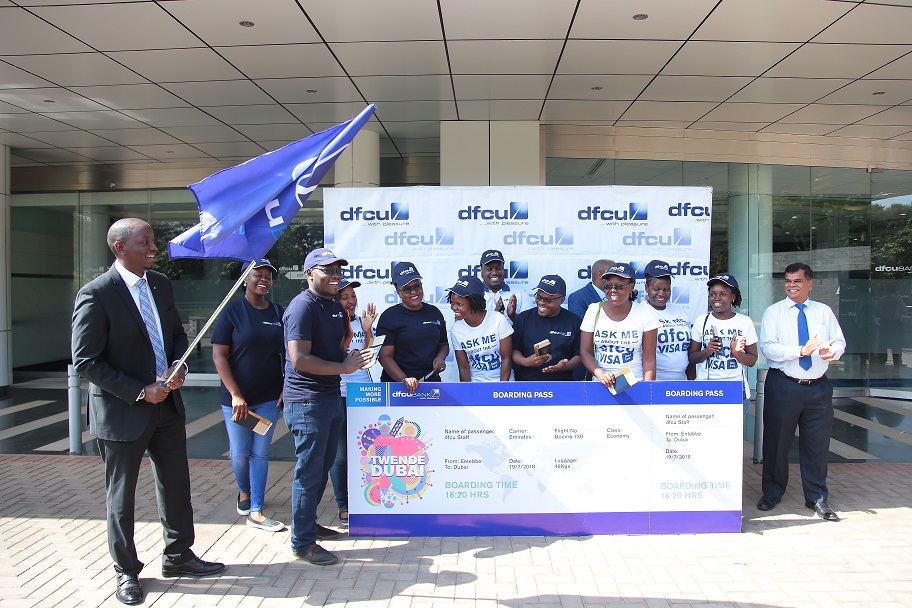 In line with dfcu Bank’s reward and recognition policy, the Bank on Thursday morning flagged off 10 of its staff members for an all-expense paid trip to Dubai.  The team was flagged off at the Bank’s office in Nakasero.

Dubbed “Twende Dubai, the staff challenge gave chance to the various staff and departments of the Bank to take part in a challenge

Speaking at the event, dfcu Bank’s Chief Commercial Officer and Executive Director; William Sekabembe revealed that the 10 staff members were part of a larger team who have displayed exceptional performance during the Bank’s first half-year.

“The ten members standing here today were given tough challenges in their individual roles. They were tasked with meeting specific responsibilities and they have gone over and above in achieving them. dfcu Bank takes great pride in rewarding our teams- which is a part of our organization’s reward and recognition policy,” he said.

“dfcu Bank has made impressive achievements over the first half of this year and we are in line with our business and strategic goals. I congratulate everyone here this morning because their efforts have played a role in this.” He concluded his remarks by asking the team to enjoy their-well deserved win.

Denis Kibuuka-Musoke, Head of Consumer Banking at dfcu Bank, commended the winners of “Twende Dubai” saying their tireless efforts are a testament to their exceptional work ethic and to Bank’s long term goals.

The team of 10 who departed on Thursday will enjoy an all-expenses trip which includes touring of various attractions in Dubai, UAE. 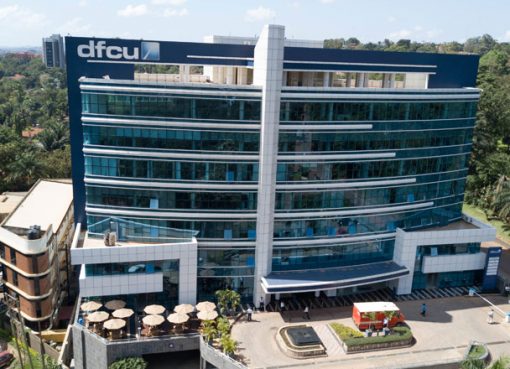 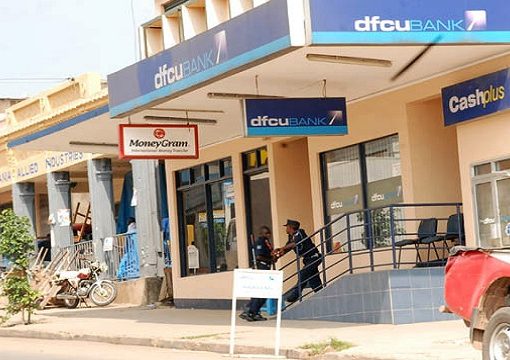