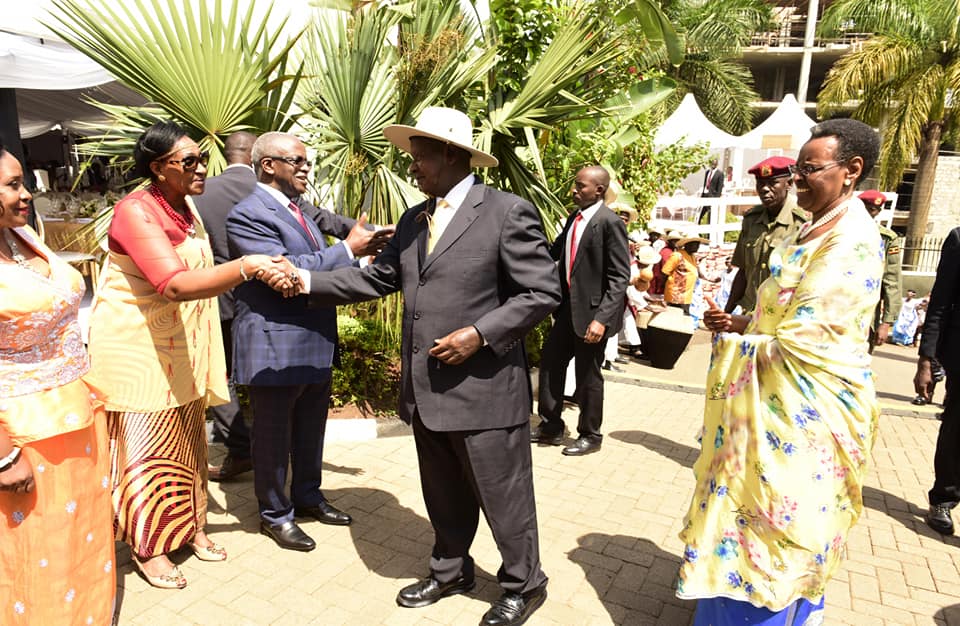 The function that was held at Amama Mbabazi’s residence in Kololo, Kampala.

South African President Cyril Ramaphosa and his family arrived at around 11:00AM.

Despite their political differences the Museveni’s and the Mbabazi’s were joyful throughout the function and even shared a table together.

Speaking at the function, Amama Mbabazi said his friendship with Museveni can never fade away.

“We have been together for more than 40 years. Out of the 29 people we went with to Mozambique, only him (Museveni), Salim Saleh and Ivan Koreta are still alive,” he said.

“I thank you for accepting our invite (to attend Kuhingira) and it demonstrates the leadership Africa requires,” Mbabazi told Museveni.

President Museveni on his part said Amama Mbabazi made a gread contribution to the liberation struggle.

“From 1974, Mbabazi and Jackie (his wife) contributed to the struggle greatly,” Museveni said, adding “I must especially thank them for raising Bridget whose real father (Rwakairu) was killed on account of supporting our struggle. I thank Bridget’s mother, Peace, for being a strong woman.”.

Museveni also congratulated to the Ramaphosas for finding a good wife in Bridget.

In his speech, South African President Cyril Ramaphosa described his son’s wife Bridget as “the most beautiful Ugandan we’ve ever seen”. He added that couple is “deeply in love”.

“We are delighted we are not going back empty handed. We didn’t have to go to Lake Victoria but we caught the biggest fish ever imagined,” he said. 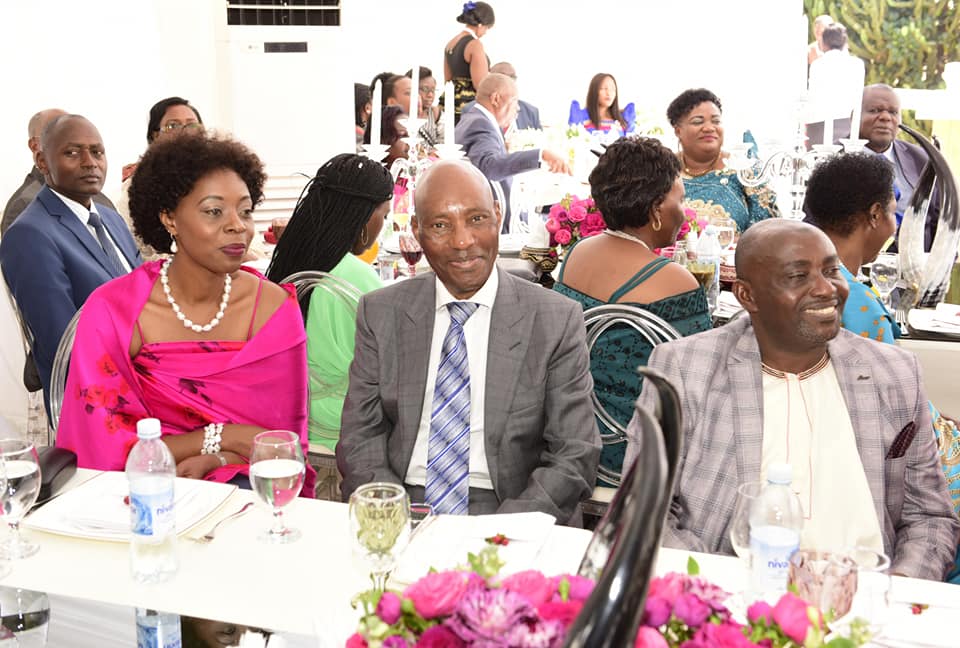 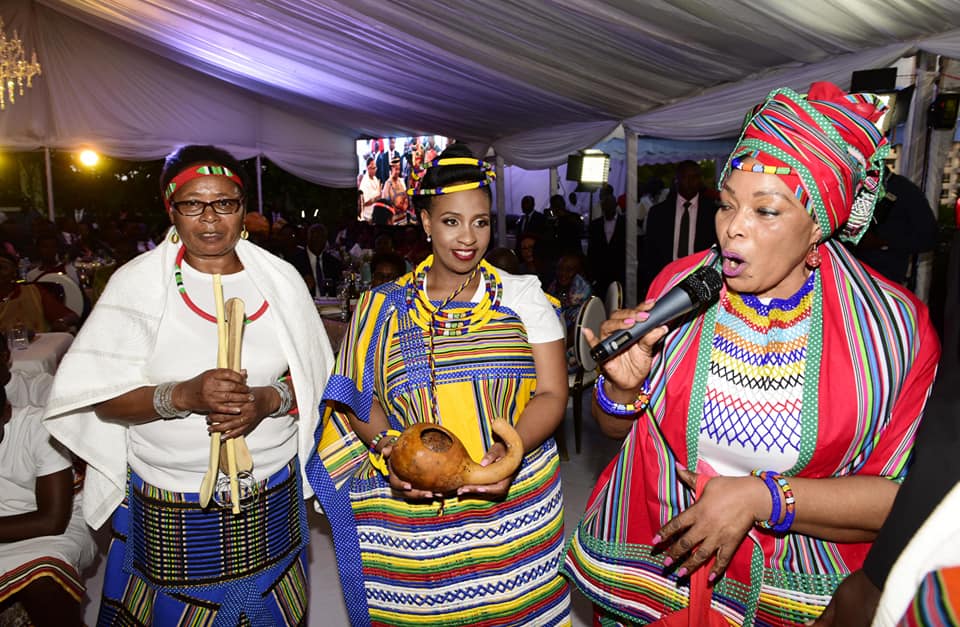 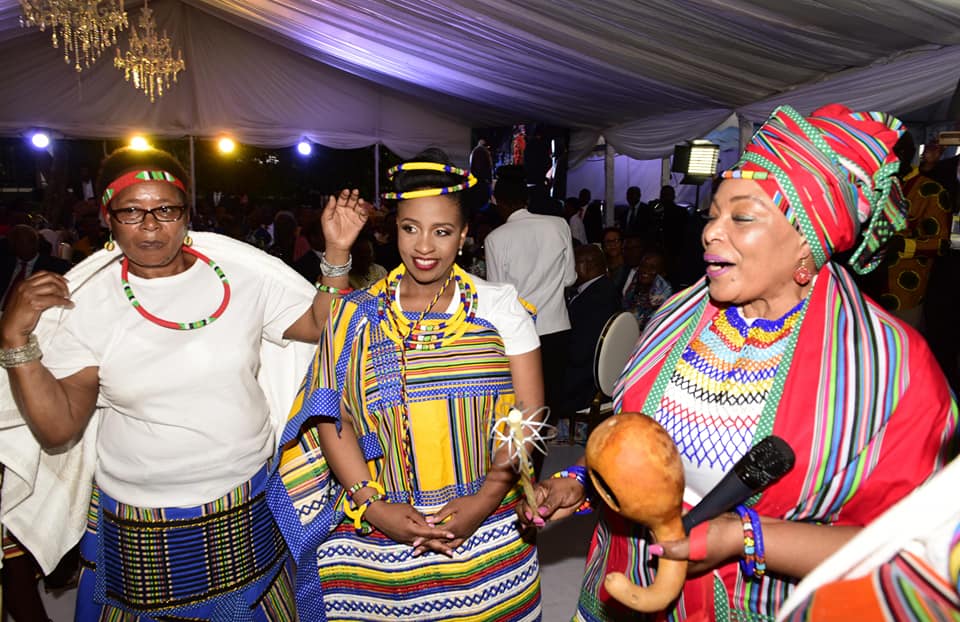 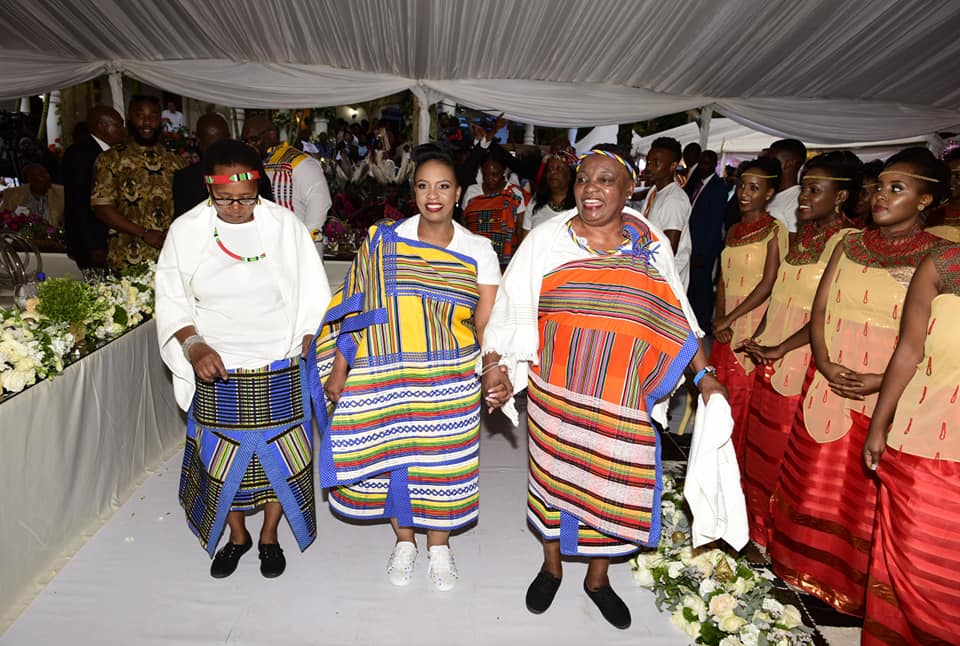 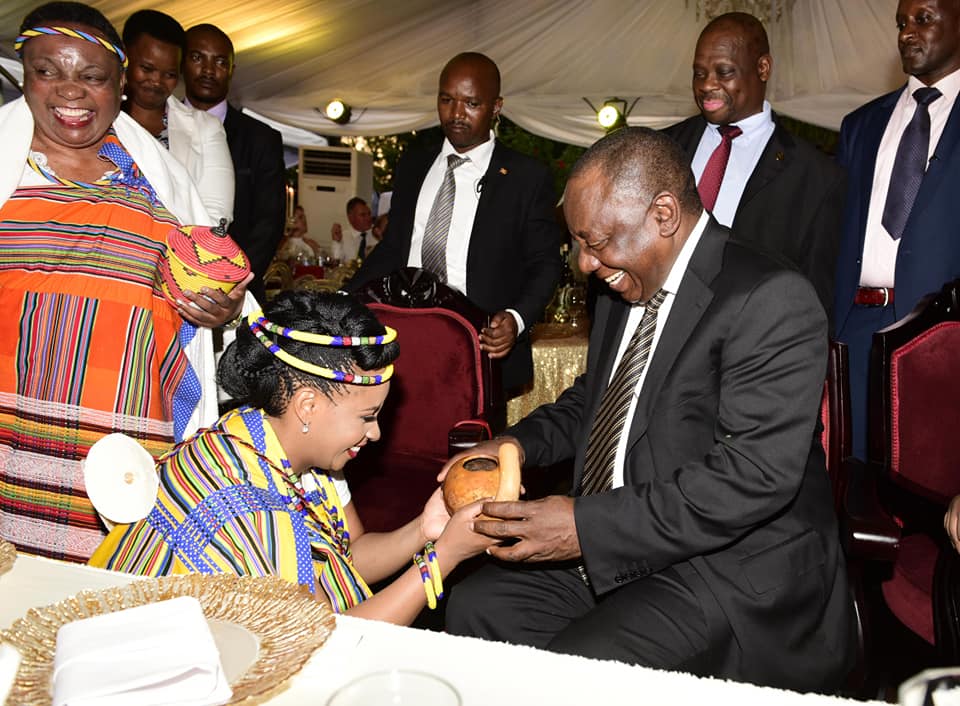 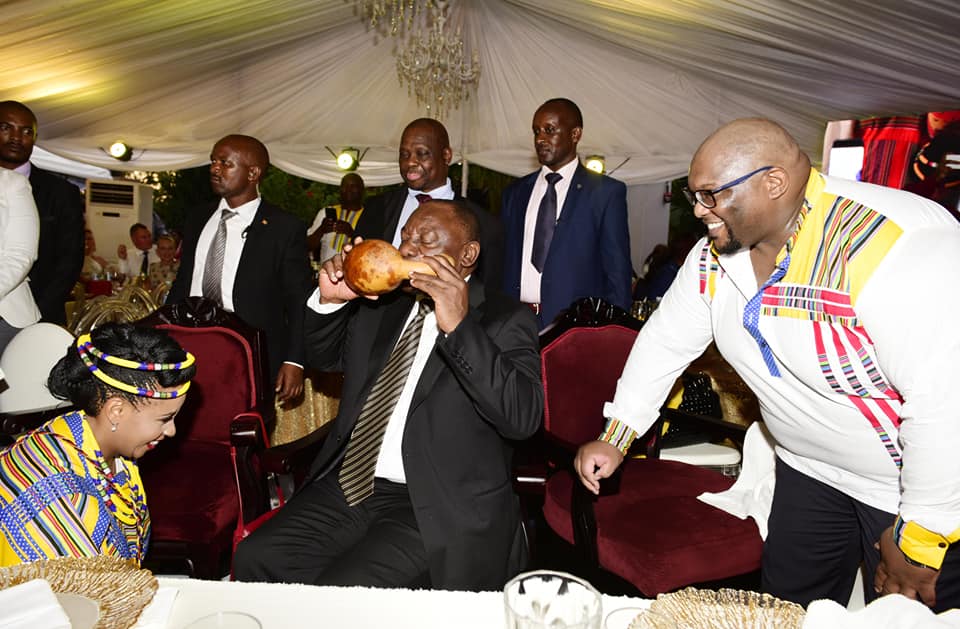 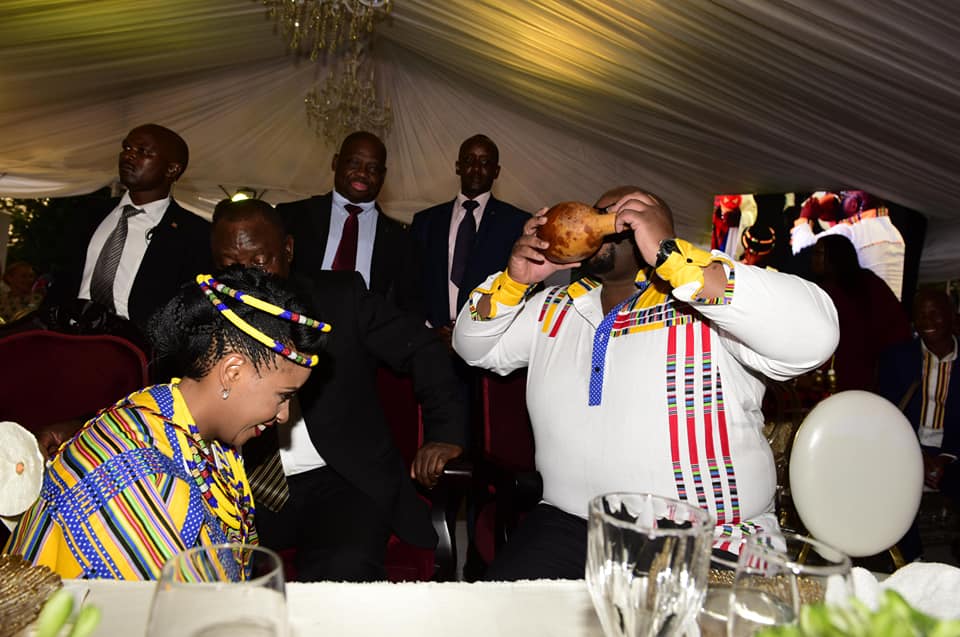 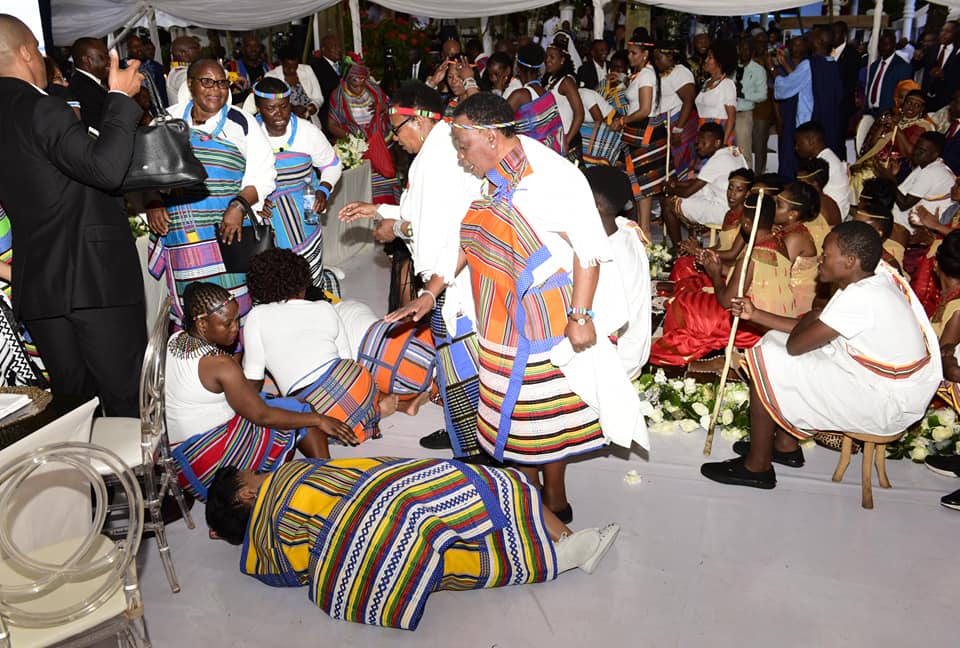 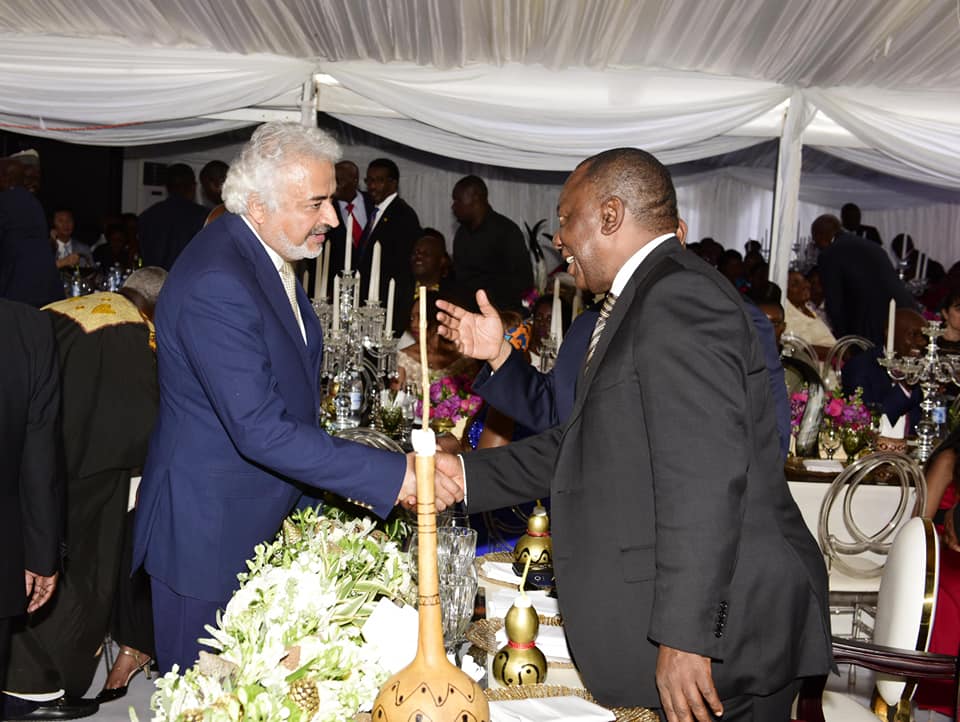