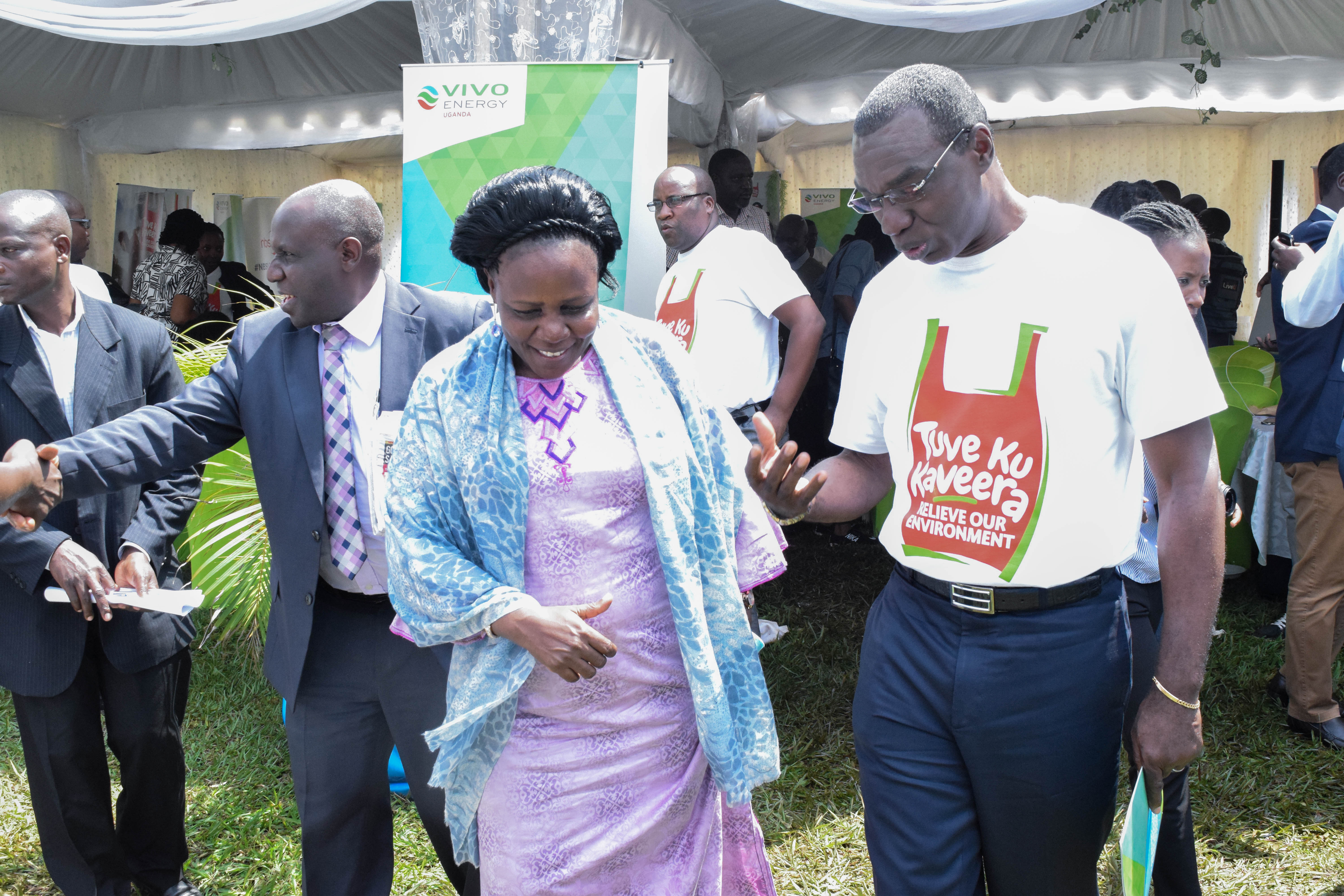 Vivo Energy Uganda, the company that distributes and markets Shell branded fuels and lubricants in Uganda, together with NBS Television and National Environmental Management Authority (NEMA) have developed and launched an environmental campaign dubbed “Tuve Ku Kaveera – Relieve our environment” which means “Let us stop using Kaveera”. The campaign which was launched today at Shell Bugolobi aims to sensitise and create awareness among the public about the dangers of single-use plastic bags – commonly known as Kaveera – to our environment and to showcase alternatives to Kaveera.

The campaign is in line with this year’s World Environment Day theme “Beat Plastic Pollution”.  “Beat Plastic Pollution” is a call to action for all people to come together and combat one of the great environmental challenges of our time by making changes in our daily lives to reduce the heavy burden of single use plastics. Single use plastics have become a modern day convenience but are detrimental to our environment and our health.

Speaking at the launch event, the Vivo Energy Managing Director, Mr Gilbert Assi said that “At Vivo Energy, we have a continuous commitment to run our business in a responsible manner with zero harm to people, assets and the environment in all our operations. As part of our Corporate Social Responsibility efforts, we have created a partnership between ourselves, the custodians of our environment – NEMA and a leading TV station – NBS TV, who together have developed this campaign to educate Ugandans about the dangers of single use plastic bags – Kaveera to our environment and health.”

“Kaveera destroys soil productivity by blocking the flow of useful nutrients and releasing toxic chemicals into the soils. They cause slow and painful death to animals through choking and starvation when digested. They clog drainage systems, streams, and channels and have a negative aesthetic impact on our communities. Closer to home is the negative impact of Kaveera on human health as they have been found to be carcinogenic. All these reasons have inspired us to take action by creating this awareness campaign so that Ugandans can make informed decisions about their use or rejection of Kaveera.” He added.

While officiating at the unveiling of the campaign, The Minister of state for environment, Hon. Goretti Kitutu said that “the single use plastics ban is a global agenda, one way or the other Uganda has to comply. The time is now and we appreciate the support of partners from the private sector to make this possible.”

The Executive Director of NEMA, Dr. Tom Okurut also emphasised that “I believe in education and the power of the Forth Estate as tools of managing the environment. While many factors have delayed enforcement of the Kaveera ban, I have confidence that this campaign will go a long way in developing conviction among Ugandans that Kaveera is harmful to our environment and stifling its consumption.”

Kin Kariisa the Chief Executive Officer of NBS Television also remarked that “As part of our Corporate Social Responsibility activity, and as the leading television station in the country, we would like to be part of this positive movement by creating awareness about the effects of ‘Kaveera’ on our environment, our agriculture and how it affects our way of life. We also want to promote and give support to KCCA on their project of keeping our city clean, because eradicating the use of plastic bags encourages cleanliness.  As we celebrate 10 years of walking the talk, we decided to give back to the people who have supported us throughout these years by playing a leading role in developing the country.”

The “Tuve Ku Kaveera” campaign will unpack the dangers of Kaveera and the alternatives on NBS TV, every day, for a period of one year, as well as on Sanyuka TV, Salam TV, radio stations and on digital platforms.