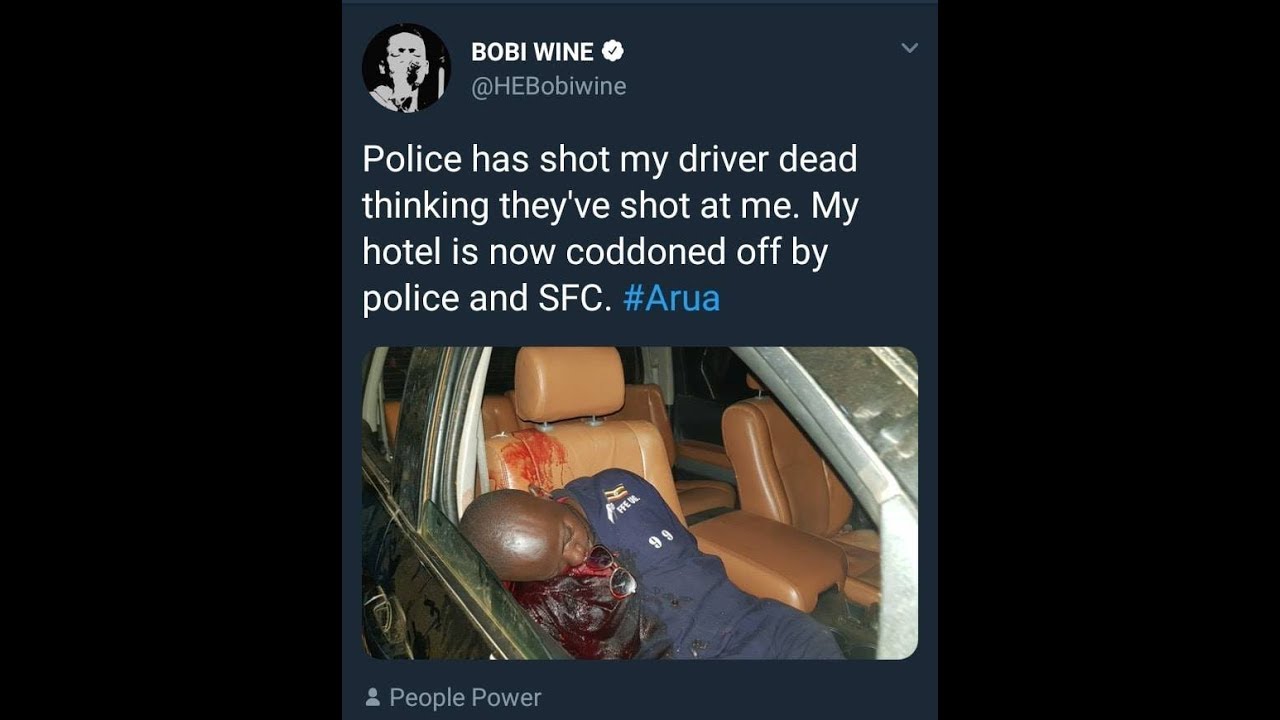 Kawuma was shot and killed by Police in Arua on Monday evening.

According to Hon. Kyagulanyi, Kawooyaa’s killer bullets were aimed at him but ended hitting the driver.

But Ugandans on social media have come out with divided opinion, some blaming the Police for use of excessive force while others faulted Bobi Wine for being quick to judge the Police.

“So sad that we continue to lose people in a similar manner of the one they’re trying to replace in this election. He is not just a driver, he is a father, brother, Uncle, InL aw to someone out there. Every life matters,” wrote Ian Musiimenta, a Ugandan on Twitter.

Bobi Wine and his crew were in Arua campaigning for independent candidate Kasiano Wadri who is in the race to replace Late Ibrahim Abiriga.

Abiriga was also shot dead a few months back.

“Tragic! And this is at at by-election to replace Ibrahim Abirigira who was assassinated by yet unknown people. Where is this country headed?” wondered another Ugandan on Twitter.

Below, we sample most of the responses.

This is exactly what hasn’t worked for the last century. U better be innovative.

This is exactly what hasn’t worked for the last century. U better be innovative.

Very sad to have lost a very important person, so close and one that always held your life in two hands in form of a wheel. We will keep dying sadly because we have no love in our hearts. Love for the country, love for the people, this is the cure. RIP to the comrade!

what’s the work of the @PoliceUg ,killing???
Mbu new IGP kumbe puppet. The old fossil is determined to eliminate every powerful,energetic and vision leaders in the country #fuckoffNRM

Take care ghetto president. The old fossil @KagutaMuseveni is determined to eliminate you. But with time we will wipe out this fucking dictators from African continent.