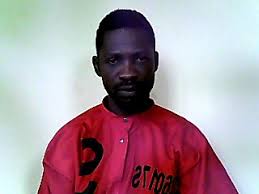 In the video, Bobi Wine is seen smiling at the Depputy Speaker who had paid him a visit at Makindye Military barracks where he is being detained.

In the 8-second video however, Bobi Wine’s face is not clear and doesn’t show any superficial features to indicate the extent of his torture.

But he appears to be in a fairly good state and can sit on his own.

This is the first time the legislator is appearing in any footage following his arrest and torture on Monday August 12th.

He has been shielded from any photos since then.

Only family members and top politicians have been allowed to access the legislator. No journalist has been allowed near him.