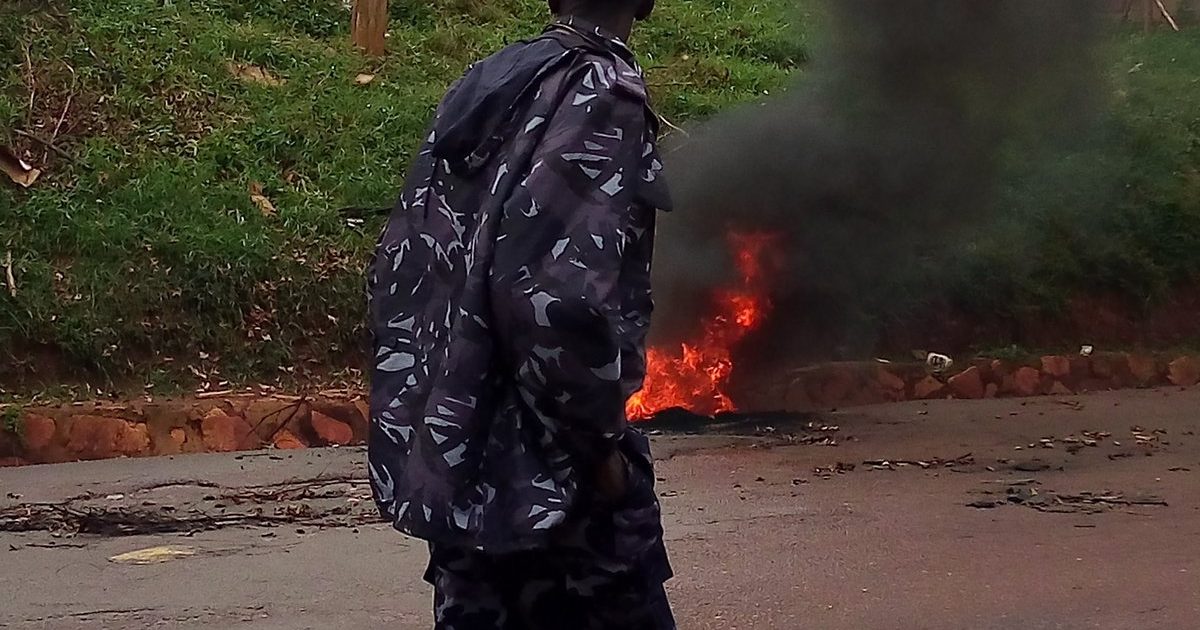 Police has been deployed heavily in Kamwokya, a Kampala suburb, to restore calm following a protest by a group of angry youth over the re-arrest of Kyadondo East Member of Parliament and musician Robert Kyagulanyi alias Bobi Wine.

According to relatives, he was headed to the United States for treatment following injuries he sustained when he was brutally arrested and allegedly tortured in Arua two weeks ago.

The youth in Kamwokya burnt tires and blocked roads before Police swang into action to disperse them.

It will be remembered that Bobi Wine grew up in Kamwokya and has a number of buildings, a music studio and 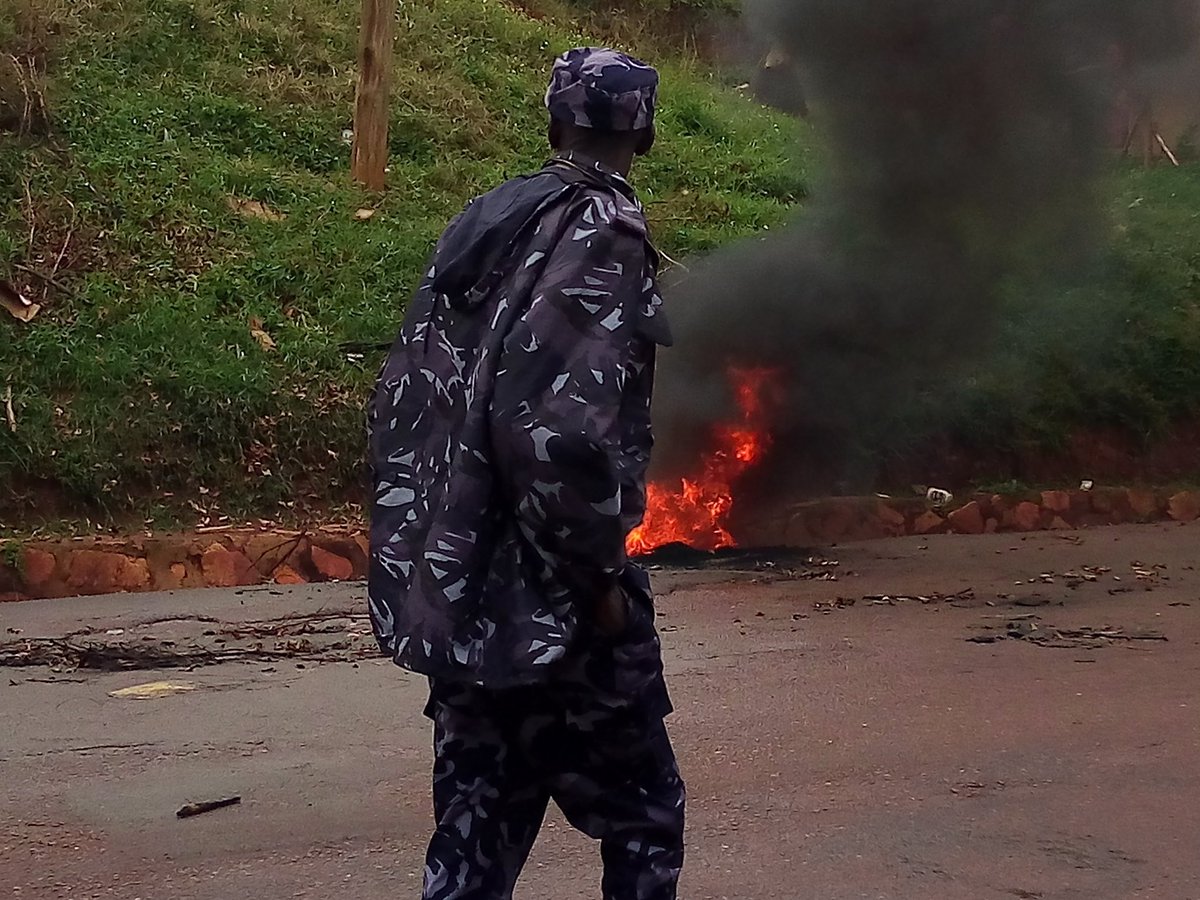 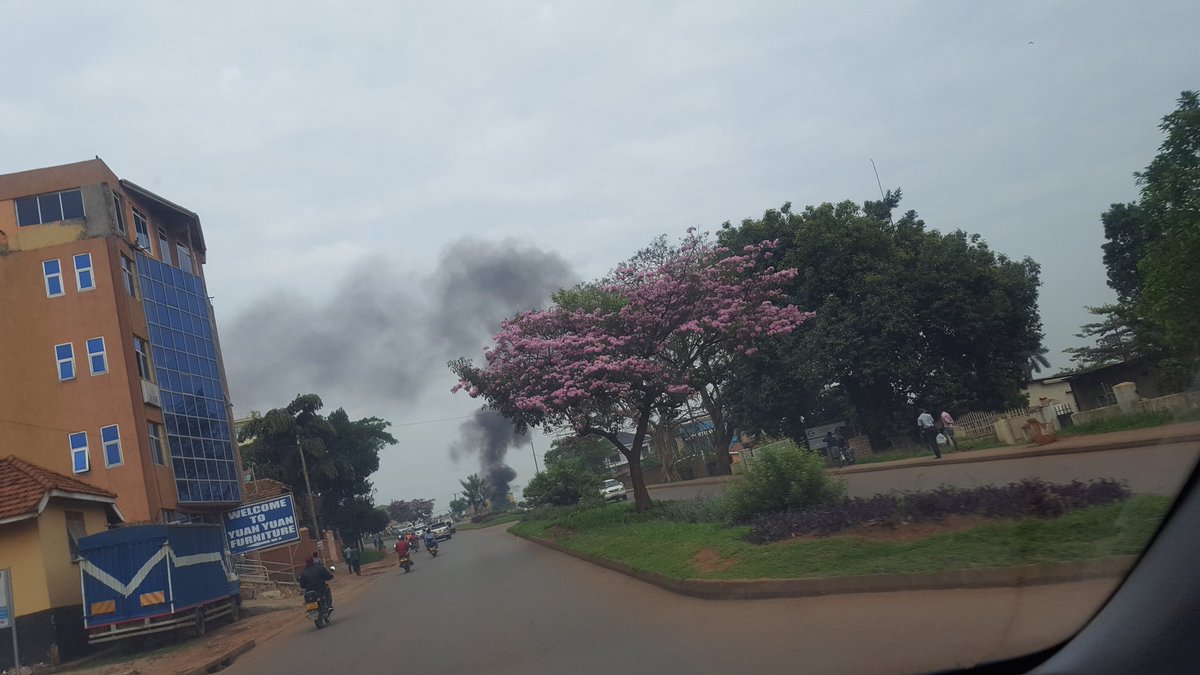 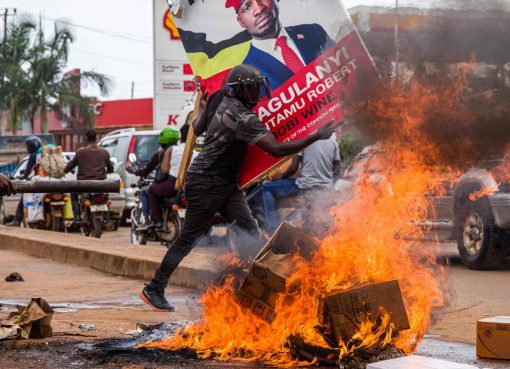 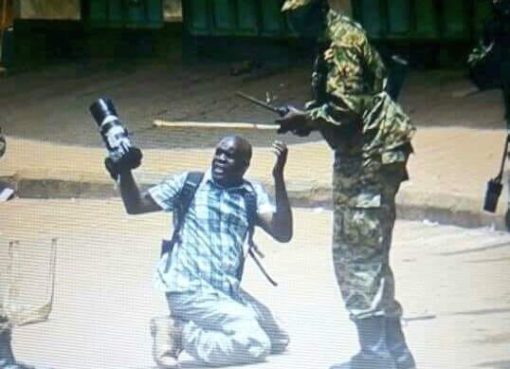