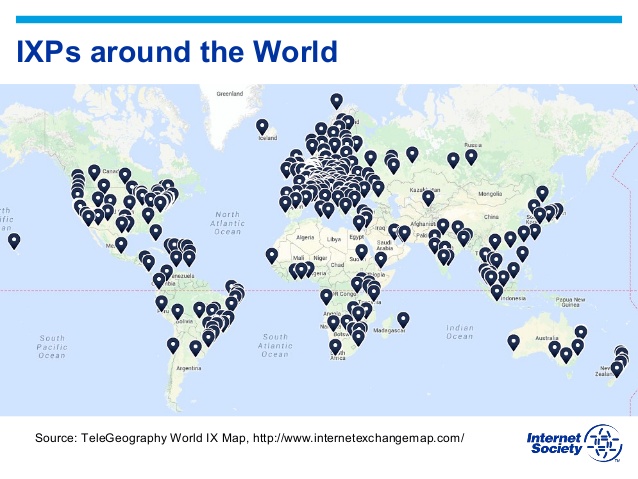 The Internet Society a global non-profit organization dedicated to the open development, evolution and use of the Internet, today announced that it is partnering with Facebook to develop Internet Exchange Points (IXP) throughout Africa.

An Internet Exchange Point is where multiple local and international networks, ISPs and content providers interconnect their networks together to efficiently exchange Internet traffic through an arrangement commonly referred to as Peering.

Currently, 42% of countries in Africa lack IXPs, which means that most of their domestic Internet traffic is exchanged through points outside their respective country, usually through satellite or submarine fiber across multiple international hubs to reach their destination. This can result in poor end-user experiences and discourages hosting content locally, which are some of the key factors towards the development of the local Internet ecosystem.

The Internet Society and Facebook will collaborate in promoting IXP infrastructure development, training and community engagement with the objective of increasing the number of IXPs and supporting the expansion of existing IXPs to meet the growing demand in Africa. Studies have shown that Internet users throughout Africa benefit from Peering as it enables faster, more affordable and reliable access to content.

“The Internet community adopted the goal of having at least 80% of the Internet traffic consumed in Africa being locally accessible, and only 20% sourced outside the continent by the year 2020,”explains Dawit Bekele, Africa Regional Bureau Director for the Internet Society. “We are getting closer to that target thanks to the many activities that promote interconnection and hosting in Africa and to partnerships such as the one we are announcing today with Facebook.”

According to the Africa IXP Association (Af-IX), there are approximately 44 active IXPs located across 32 countries in Africa. This has resulted in a 275% growth of locally exchanged Internet traffic over the last 10 years (there were 16 IXPs in 2008). During the same period, traffic exchanged at the African IXPs increased from 0.16Gbps to 412Gbps with over 800 networks now connected at these IXPs

“We admire the Internet Society’s important work to improve connectivity in Africa by supporting IXPs,” said Kojo Boakye, Head, Connectivity and Access, Africa at Facebook. “Our partnership with the Internet Society will help develop Africa’s IXP ecosystem by deploying resources like training and equipment to the areas where they are most urgently needed.”