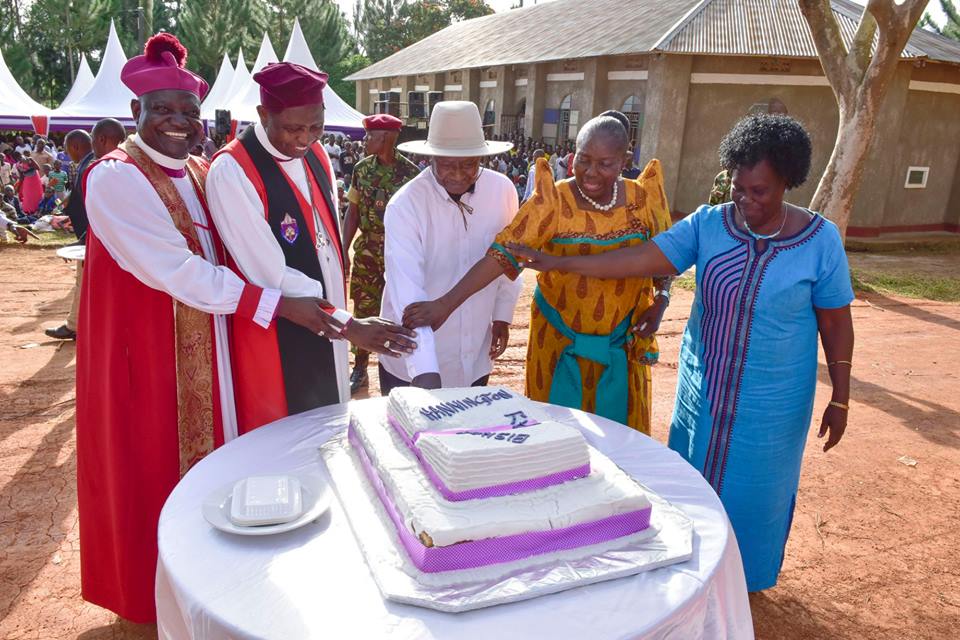 President Yoweri Museveni has said though Bishop James Hannington was killed in ignorance, his death has helped the people to get enlightened.

He welcomed the idea of making the day a public holiday.

“This was the only Bishop to be martyred at that time. The next one was Janan Luwum whose cases are both unique and need to be handled like that. We shall do what is necessary as it is worthwhile,” he noted to the joy of the congregation.

The President was the guest of honour at the Hannington Day celebrations to commemorate the Bishop’s martyrdom over 138 years ago. 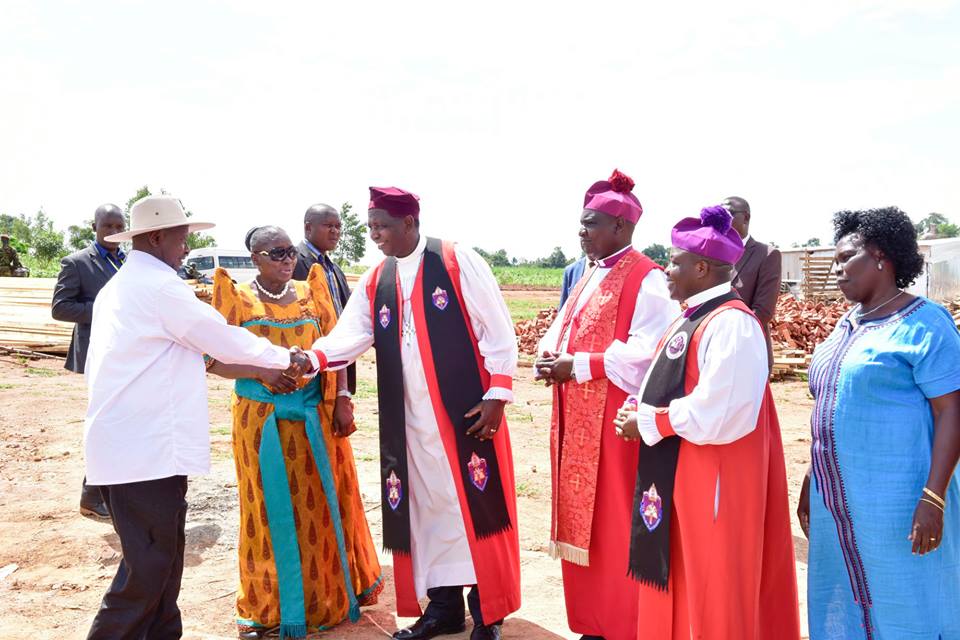 Bishop Hannington was a missionary from England who died aged 38 years in Busoga. At the time of his death, he was first Bishop of East Africa.

The President, who commended the Speaker of Parliament, Rt. Hon. Rebecca Kadaga, for organising the function together with the Anglican Diocese of Busoga, urged the Speaker to identify more potential tourists’ sites in order to develop the tourism sector that is more lucrative.

“Tourism that is only taking off, fetches to government coffers a lot of money 3 times more than coffee,” he said. 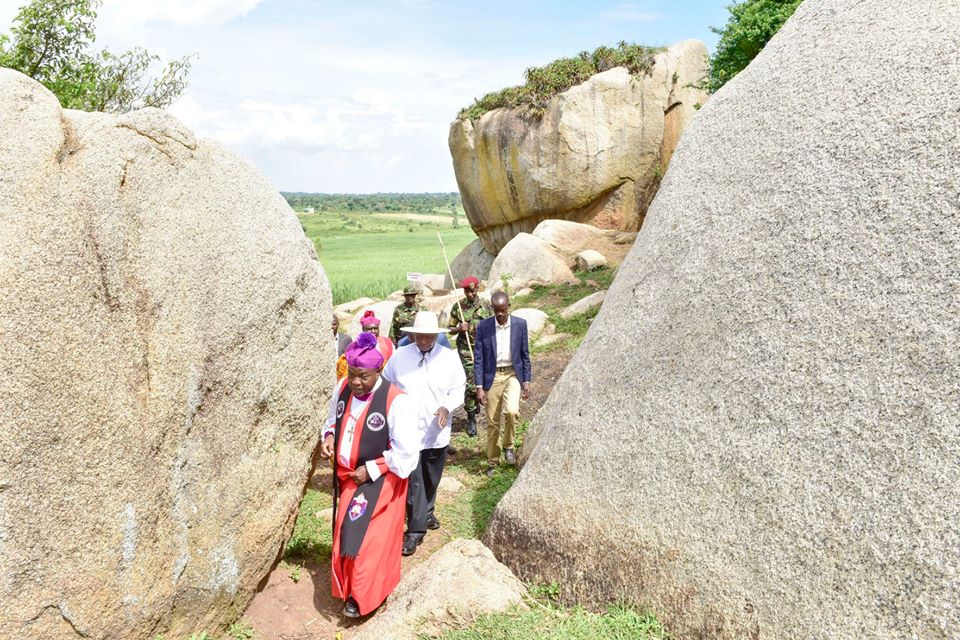 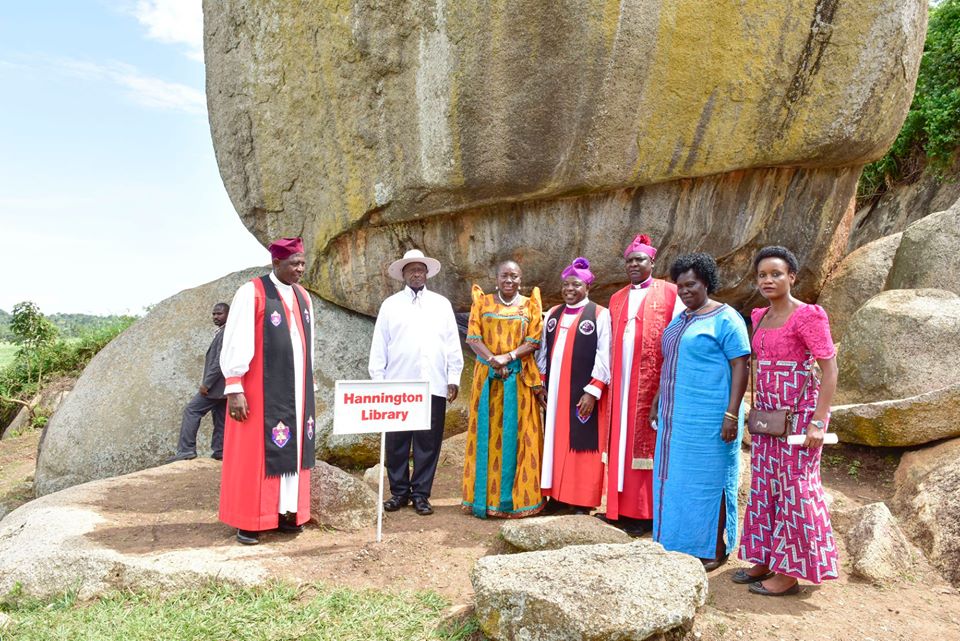 He added that even the same categories of people in the area will benefit from the sector indirectly through provision of various services like hotels, transport, ICT and small industries. He, therefore, said that those who engage in commercial farming will gain by selling their produce to tourists and locals as well as regionally and internationally.

Mr. Museveni urged leaders to know the category of people in their areas and enterprises they are engaged in.

Turning to infrastructure, President Museveni pledged to tarmac the roads to and around the Hannington site and to support the development of the area as it is a potential tourist attraction. 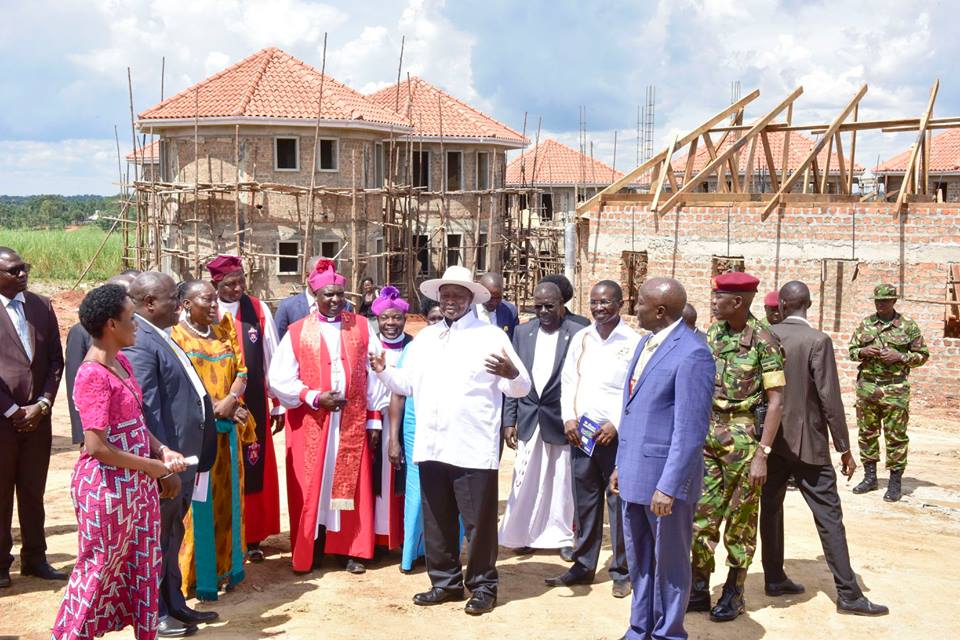 On arrival, President Museveni acknowledged greetings from students of Tawheed Academy, led by the school’s Director who is also the LC5 Chairperson of Mayuge District, Mr Umar Bongo Dactar, as well as the residents of the area. He advised students to concentrate on their studies.

The President later travelled to the site where Bishop Hannington used to live and laid a foundation stone for the ongoing construction of Century Hannington Resort.

He toured the caves on the rocks which Bishop Hannington used as his library and residence and later at the point where Hannington was killed over 138 years ago.

Earlier, a memorial service was officiated by the Archbishop of the Church of Uganda, the Most Rev. Stanley Ntagali assisted by Rt. Rev. Patrick Wakula of Central Busoga Diocese.

The Speaker of Parliament the Rt. Hon. Rebecca Kadaga commended all stakeholders who helped to make the function a success.

Archbishop Stanley Ntagali thanked President Museveni for his unwavering support to the Church in its historical sites of Namugongo, Bishop Hannington Memorial and Mucwini in Kitgum District.

President Museveni together with the guests cut a cake made special to commemorate the death of Bishop Hannington.