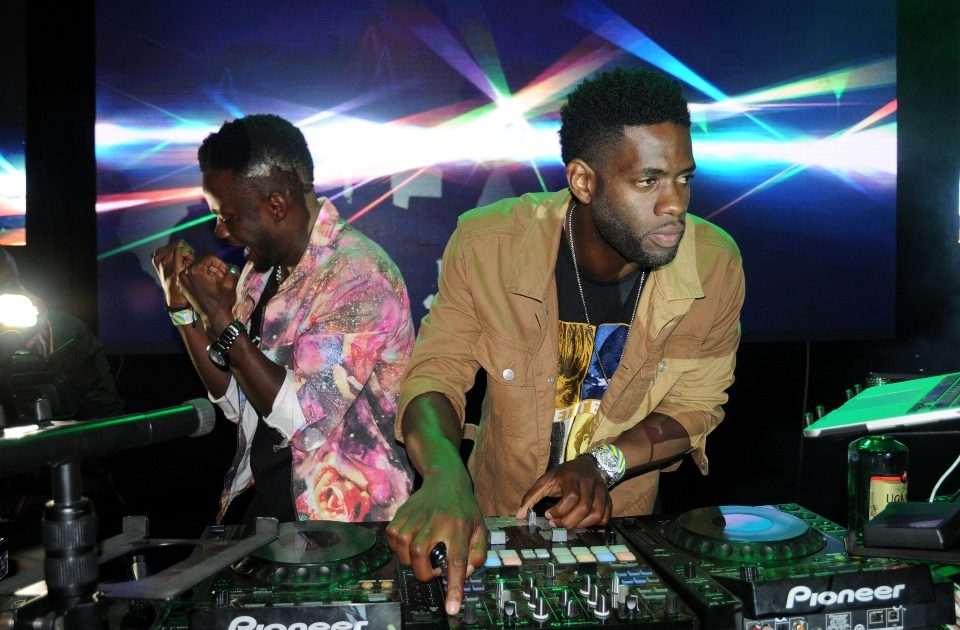 As the Friday sun set on the city, Kampalans flocked Kyadondo Rugby Grounds for the biggest deejay celebration the country has ever seen.

Dubbed the UG Mix Maestro, the deejay party was a climax of a three-month tour that has taken deejays and explosive music experiences on a countrywide tour to some of Uganda’s biggest towns like Arua, Masaka, Mbale, Gulu and Mbarara.

This was a first as the Uganda Waragi-sponsored event brought together fourteen of the country’s most celebrated spin masters and mistresses to perform on one stage in what was dubbed the biggest and best deejay celebration.

The party was organised under the UG Mix Maestro campaign’s second edition that kicked off three months ago.

The first edition of the deejay campaign was launched and held last year, and featured a competitive regional battle.

The notable male and female winners from the first edition, DJs Shan and Xzyl respectively were active participants in the second edition, and were present at the finale.

This year’s edition had a remarkable addition to the partners.

Uganda’s first DJ Academy, Ripper Inc. 256 joined the tour to give revelers and deejay fans individual experiences on the discs with tutors Mr. Ripper and DJ Brown on hand to provide tutorials for interested revelers.

Like last year’s edition of the UG Mix Maestro, the tour this year was organised and sponsored by Uganda Waragi in partnership with the DJ Association of Uganda.

For every new deejay that stepped on the stage, the crowd’s massive welcome confirmed how popular the profession had become.

The deejay industry has gathered a following to rocket themselves right to the top of the music industry, as was evidenced on the night.

The real crowd pleaser and surprise act of the night was DJ Harold, who is one of the youngest and newest spin masters on the deejay scene.

He however commands audience attention the moment he steps onto the spin set and has fast become a crowd favorite.

At the UG Mix Maestro finale, DJ Harold ensured that the audience walked away with a beautiful memory as his performance featured a fast yet thrilling act.

DJ Harold’s extra fast, unique skill set on the discs has set him apart from his contemporaries, putting him in a class of his own.

Another highlight of the night was last year’s female winner, DJ Xzyl and her sexy queen dancers that stole the show during her performance.

Yet again, Spirit of Uganda proved one truth – that it is living its true purpose of bringing people together to celebrate life and talent.