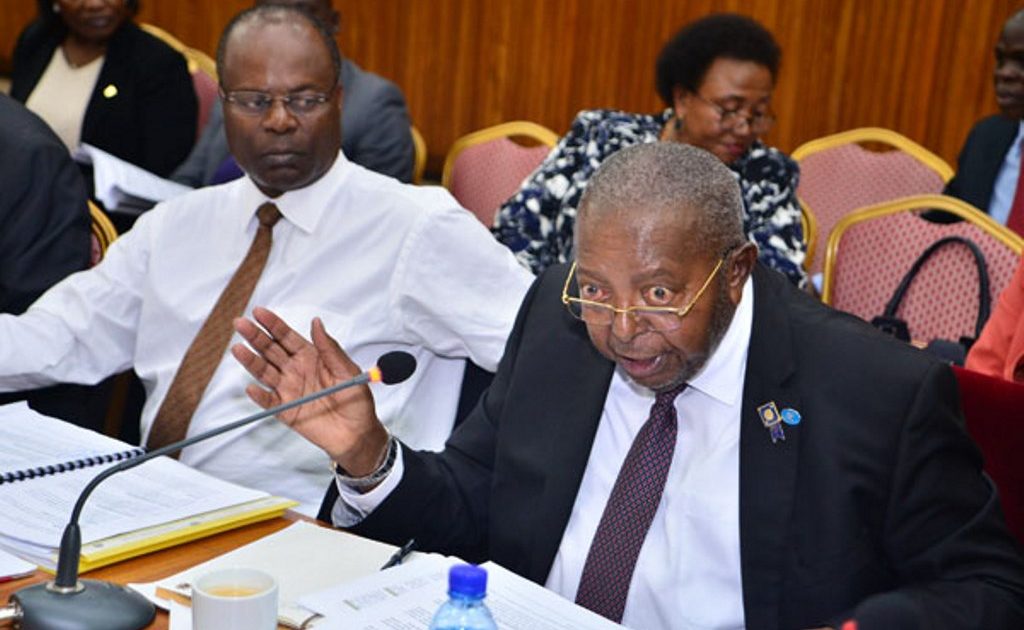 Parliament’s Committee on Statutory Authorities and State Enterprises (Cosase) has released its report on closure and sale of seven commercial banks by Bank of Uganda (BoU).

The report is from months of a follow-up probe on a special audit report by the auditor general on the sale of defunct banks.

The committee also wanted to verify the sale and transfer of the assets of the defunct banks, to ascertain the recording and settlement of liabilities, to ascertain if the funds from the Deposit Insurance Scheme (DIS) and the Deposit Protection Fund (DPF) were properly used to settle insured deposits of closed banks.

Cosase also sought to “establish the total cost of liquidation of the defunct banks, and to establish whether the statutory managers performed the functions in line with the relevant legal regimes.

The Tower Post’s SAMUEL KAMUGISHA has been looking at the report and now summarizes the key findings and recommendations from the report.

Cosase found out that the central bank had failed to provide the Auditor General with an inventory report for Teefe Trust Bank Limited.

“… whereas BoU claims that the bank was closed under the provisions of the Banking Act, 1969 which did not require preparation of an inventory, the closure was actually in November 1993 pursuant to the FIS, 1993, which required the Central Bank to prepare an inventory as soon as possible after taking over of the financial institution,” Cosase wrote in its final report.

Cosase was also concerned that BoU had no post-closure documents for Teefe Bank, further complicating “the process of winding up including resolving claims and some securities still in possession of the Central Bank”.

For International Credit Bank Limited, Cosase found out that “no inventory report was availed in respect of ICB but an inception report for liquidation by the Liquidation Agent (KPMG) dated 30*’ September 2001”.

The role of an inception report for liquidation is ensuring mutual understanding of the consultant’s plan of action and timeline for conducting the liquidation.

But Cosase found out that BoU had complied with the law in handling the cases of Co-operative Bank Limited Greenland Bank Limited.

The committee cited non-compliance in the closure and sale of Greenland Bank Limited because “the auditors were appointed three weeks after takeover and sale” instead of the legal requirement of immediate appointment.

Due to the absence of an inventory report, the committee noted, the central Bank court not ascertain with certainty the value of what it took over and sold.

The committee also observed that “BoU did not carry out valuation of the assets and liabilities of CBL BUT relied on the inventory report and due diligence undertaken by DFCU to accept their bid to arrive at the Purchase and Assumption of Assets and Liabilities (P&A)”.

Cosase further faulted the central bank for “disclosing confidential information of distressed financial institutions to potential purchasers who are competitors without their knowledge in contravention of section 40 (3) of the Bank of Uganda Act”.

The committee noted that BoU had handled the sale and closure of the seven banks with much “informality” and “in breach of all sound corporate governance principles”.

There, in some cases, the central bank didn’t have the requisite minutes and records that would be required to draft necessary reports. BoU also failed to “undertake valuation of all assets and liabilities on a present value basis”.

“Without that valuation and minutes or records, it is impossible to determine how the BoU negotiating team arrived at the figures in the P&As of GTB, NBC and CBL,” the committee reported.

The central bank is also accused of sharing confidential information with another player in the banking sector who was interested in buying one of the banks.

BoU also provided the committee with recovery accounts which lacked payee details of assets at closure, assets sold, selling price, period of sale, unsold assets, performing and nonperforming loans from the time of closure to date.

“BoU did not keep the asset movement ledgers and all records relating to the liquidation of the three financial institutions in distress i.e. ICB, Greenland and Co-operative Banks).”

The central bank also flouted the rules by failing to keep financial ledgers for CBL.

“BoU failed in its statutory duty under section 106 (l) of FIA, 2004 to prescribe the manner in which liquidators should prepare and keep proper financial ledgers and financial records during resolution period.”

Cosase also found out that the loan portfolio of  ICB, Greenland Bank and Co-operative Bank which was sold at  Shs  135bn included secured loans of Shs 34.5bn with “valid legal or equitable mortgage on the real property and were supported with legal documentation BUT were sold, to M/s Nile River Acquisition Company (NRAC) at 93% discount”.

The committee also found gaps in how NRAC bagged the deal. The consultant who recommended NRAC also ended up as the company’s local agent.

Neither NRAC nor Octavian Advisors which had incorporated NRAC was registered either as a local or foreign company in Uganda.

“Records available to the committee indicate that the then Director Commercial Banking – Bank of Uganda, Mr. Ben Ssekabira, who was the agent of the liquidator/ Receiver of the three defunct banks (lCB, Greenland Bank and Co-operative Bank) was up to the l2th August 2009 the agent of M/s Nile River Acquisition Company,” Cosase found out.

It is now M/s SIL Investments Ltd that is managing NRAC in Uganda and collecting interest on the loans, yet evading taxes.

The committee was also concerned that “the winding up process of all the defunct banks has taken an unjustifiably long time to settle creditor claims”.

“Regrettably, many of the creditors and shareholders have and indeed continue to die.”

Teefe Trust Bank shareholders and creditors have been waiting for 26 years, those of Co-operative Bank and Greenland Bank 20 years, those of ICB  21 years, NBC seven years, GTB five years and CBL two years.

The central bank is also faulted for failure to provide documentation to support Shs 25.6bn spent in liquidity support to ICB and GBL.

The committee raised concerns over a Shs 91bn government intervention in July 2001 to settle both Insured and uninsured deposits of Cooperative Bank, ICB and Greenland Bank.

But the money was extended without a memorandum of understanding between government and BoU.

“The Committee was not availed any document relating to the authority that approved/authorised payment of the funds in issue from both Bank of Uganda and Ministry of Finance,” noted the committee in its report.

The central bank was unable to provide documents to verify if the money had gone to bona fide beneficiaries.

Of this sum, Only about Shs 22bn has been recovered because “the remaining assets of the three defunct banks were lumped up and sold to M/s Nile River Acquisition Company at Shs 8.9bn.”

According to the committee report, while “BoU provided recovery accounts for ICB, Co-operative Bank, GTB, NBC and Greenland Bank detailing the liquidation costs, creditor claims settled and proceeds from sale of assets, the recovery accounts for ICB, Greenland and Co-operative banks did not have clear details of the transactions and could therefore not confirm the accumulated liquidation costs reported”.

BoU officials told Cosase they could not divulge information on NBC’s liquidation due to an existing court order in a case yet to be heard seven years down the road but “a perusal of the interim order does not reveal the same”.

Citing an ongoing legal battle in CBL’s case, central bank officials were unable to offer information on the sale of Crane Bank Limited.

“It is the committee’s observation that the cost of liquidation would have been mitigated had BoU relied on its internal human resource as opposed to outsourcing professional services,” observed Cosase in its report.

The committee faulted BoU for starting the process of the sale of Crane Bank, which had been placed under receivership, during “the period of statutory management contrary to section 95 of the FIA, 2004”.

“This indicates that the decision to sell was conceived while the bank was under statutory management,” the committee said in their report.

Despite injecting Shs 478bn to support the bank’s operations, the committee report indicates that BoU failed to “provide a plan or assessment detailing efforts to return the bank into compliance with prudential standards”.

The committee wondered why Crane Bank was sold in the same month it had stabilized.

The committee, with 36 members – nine of whom didn’t sign the final report – has made a number of recommendations.

Cosase wants The BoU board and the finance ministry to issue guidelines on resolution of financial institutions in distress.

They also called for amendments in the FIA “to make specific provision for the timelines of undertaking all the activities related to and connected with resolution of financial institutions”.

As a way of fighting off conflict of interest, MPs also want the resolution of financial institutions in distress to be removed from the supervision department.

“The central Bank should strengthen the supervision function to ensure that it is able to adequately supervise financial institutions in real time,” recommended Cosase.

“This may require investment in human resource and systems, technological or otherwise.”

The members also recommended that “the individual officers who handled the transactions should be held personally responsible”.

“The committee concludes that the transaction between BoU and M/S Octavian Advisors Plc. and her agents lacked transparency and the officers involved should be held responsible for commissions and omissions which resulted in not marshaling the greatest amount from the assets of the distressed financial institutions,” the members said in their report.

They also want the police chief to seize all assets in possession of Kakembo Katende of M/s JN Kirkland and Associates and M/s SIL Investments over their management of the loan portfolio sold to M/s NRAC by Bank of Uganda.

Cosase further recommended that “the Central Bank must, at all times, DOCUMENT all processes in management and resolution of financial institutions as by law required”.

Specifically for Crane Bank, the committee recommended thus, “The committee finds that BoU’s failure to observe principles of financial prudence and in the course breaching their statutory duties provided under the FIA thereby financially disadvantaging CBL, it should make good the loss occasioned to the commercially fair extent of the value of the Bad Book.”

Cosase further recommended that “the current BoU Board should carefully re-examine their delegated responsibility and constitute a subcommittee of the Board to monitor financial stability and bank resolution matters”. 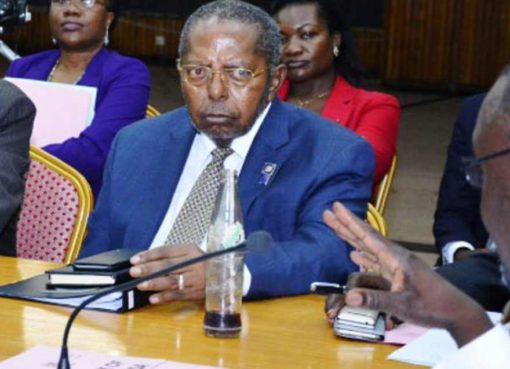 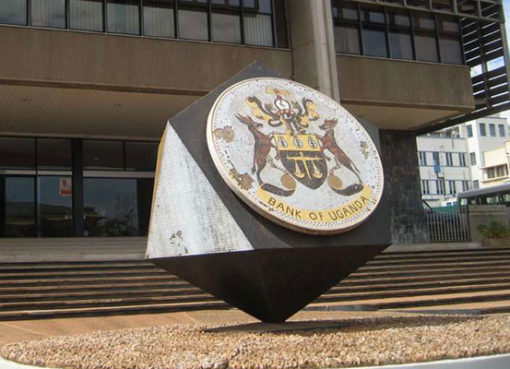 OPINION: Bank of Uganda Should Re-examine Its Records Management Practices 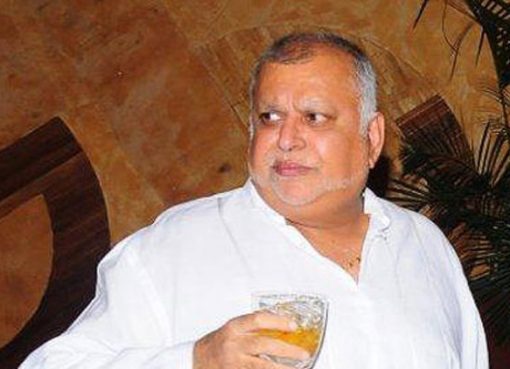