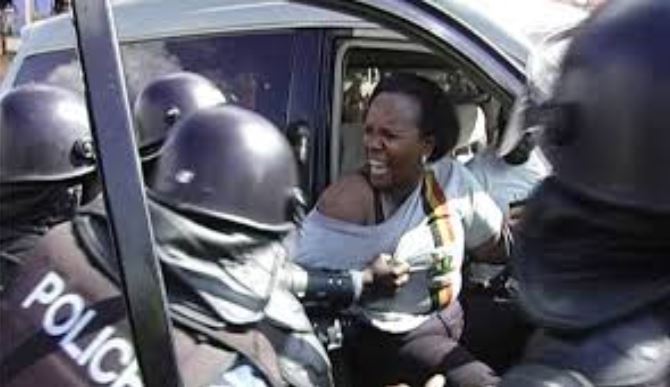 High court in Kampala has ordered Government to pay Forum for Democratic Change (FDC) Party’s Ingrid Turinawe 170 million shillings, with 6 percent interest and costs of the suit over her assault by police in 7 years ago.

Turinawe sued the then Kampala Metropolitan Police Commander Andrew Felix Kaweesi (RIP) and the Attorney General Peter Nyombi after police officers manhandled her and squeezed her breast while she went to attend a political rally in Nansana, Wakiso district in 2012.

Justice Magret Oumo Oguli while making her order, however, declined to award damages for Turinawe’s vandalised car, saying there was no proof to that it was damaged.

Justice Oguli ruled that Turinawe deserved to be compensated for the arbitrary acts of the said Police officers, that tortured and humiliated her.

Speaking about High Court’s ruling, Ingrid Turinawe said she was happy but not excited because the case took too long.

She however noted that the ruling has set a precedent and sent a message to the would-be offenders in future not to infringe on anyone’s fundamental rights enshrined in the Constitution.

Turinawe says she is now going to demand for damages awarded by Court to Litigants because she needs the money and will put Government on notice to prepare it “very soon”.

The FDC Women’s League leader Ingrid Turinawe had initially through lawyers of Rwakafuuzi and Co advocates demanded for over Shs 560 million as in damages, saying the brutal action by the police embarrassed her and her family.

Her brutal arrest by police caused a public outcry. Women and rights activists described the treatment as brutal, cruel and condemned the Force for violence against women